Joe Madison net worth: Joe Madison is an American radio talk show host and activist who has a net worth of $6 million. Joe Madison was born in Dayton, Ohio in June 1949. He is known by his nicknames "The Black Eagle" and "Madison". He graduated from Washington University and was a board member for the National Association for the Advancement of Colored People from 1986 to 1999.

Madison became a board member of the American Red Cross in 2013. He was the youngest person to be appointed as the Executive Director of Detroit's NAACP branch at 24 years old. Madison worked in public relations for General Motors Corporation and as a statistician for the St. Louis Cardinals of the NFL. He began his radio career in 1980 in Detroit at WXYZ-AM before moving to WWRC-AM and then WOL-AM and XM/Sirius Satellite Radio. In 2015 he talked for 52 hours straight setting a Guinness World Record. 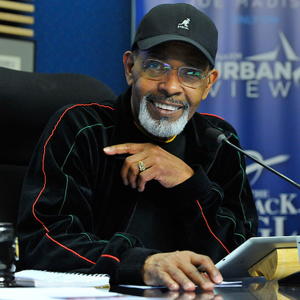