Joe Eszterhas Net Worth: Joe Eszterhas is a Hungarian-American writer who has a net worth of $18 million. Joe Eszterhas was born November 23, 1944 in Csákánydoroszló, Hungary. Eszterhas was raised as a young child in a refugee camp in Austria. The family eventually moved to New York City and then to poor, immigrant neighborhoods in Cleveland, where Eszterhas spent most of his childhood.

His father was a Roman Catholic newspaper editor and author. Until he was 45 years old, Joe Eszterhas was unaware that his father had concealed his collaboration in the Hungarian Nazi government and that he had "organized book burnings and had cranked out the vilest anti-Semitic propaganda imaginable. After this discovery, Joe Eszterhas cut his father out of his life entirely, the two never reconciling before his father's death. Eszterhas is a writer and producer, known for such films as Basic Instinct (1992), Nowhere to Run (1993) and Flashdance (1983). His more recent works include Showgirls, Jade, Telling Lies in America, An Alan Smithee Film: Burn Hollywood Burn and Children of Glory. In 2011, Mel Gibson commissioned a screenplay from Eszterhas about the Maccabees (also spelled Machabees-the leaders of a Jewish rebel army that took control of Judea, which at the time had been a province of the Seleucid Empire who also founded the Hasmonean dynasty, which ruled from 164 BCE to 63 BCE). The film was to be distributed by Warner Bros. The announcement generated controversy. When asked about their shared Catholic faith (referring to Mel Gibson) Eszterhas said of Gibson, "In my mind, his Catholicism is a figment of his imagination. By April 2012, Warner Bros. had canceled the project; Eszterhas claiming the break was caused by Gibson's violent outbursts and anti-Semitism, Gibson blaming the break on a bad script. Eszterhas later wrote a book called Heaven and Mel about his experiences working with Gibson, published on Kindle. 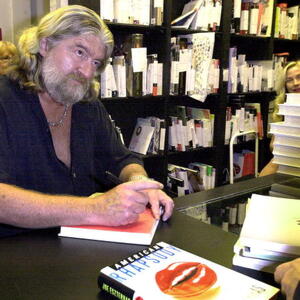