What is Joan Lunden's Net Worth and Salary?

Joan Lunden was born Joan Elise Blunden on September 19, 1950, in Fair Oaks, California, part of Sacramento County. Her father, Erle, was a cancer surgeon who died in a plane crash when Joan was 13 years old, and her mother, Gladyce, passed away in 2013. Lunden's older brother, Jeff, died in 2007. Joan graduated from California State University, Sacramento with a Liberal Arts degree and later attended Universidad de Las Americas in Mexico City to study anthropology and Spanish. Her broadcasting career began at KCRA-TV in Sacramento in 1973. She started out as a trainee in the news department, and within two years, she was a weather girl (Sacramento's first), anchor, and reporter for the station.

In 1975, Joan moved to New York to take a job with WABC-TV Eyewitness News, and she changed her last name from Blunden to Lunden "to avoid being called 'Blunder.'" In 1976, she began co-anchoring weekend newscasts, and that fall, she joined ABC's "Good Morning America" as a feature news/consumer reporter. Lunden filled in for co-host Sandy Hill when Hill left to cover the 1976 Winter Olympics, and in 1980, she was promoted to co-host. She co-hosted the show with David Hartman until he left in 1987, then spent the rest of her time on the show with Charlie Gibson as her co-host. Joan reported from 25+ countries and interviewed several U.S. presidents, including Gerald Ford, Jimmy Carter, and Bill Clinton, on the show. She also covered events such as the Winter Olympic Games (1984 and 1988) and Prince Charles' wedding to Diana, Princess of Wales. Lunden's time at "Good Morning America" ended in September 1997. Though she initially said that she was leaving to spend more time with her family, she later revealed that ABC executives forced her out because of her age (she was 46 at the time). She stated, "The words are, 'We've decided to make a change on the show,' and so they found a 30-year-old version of me." 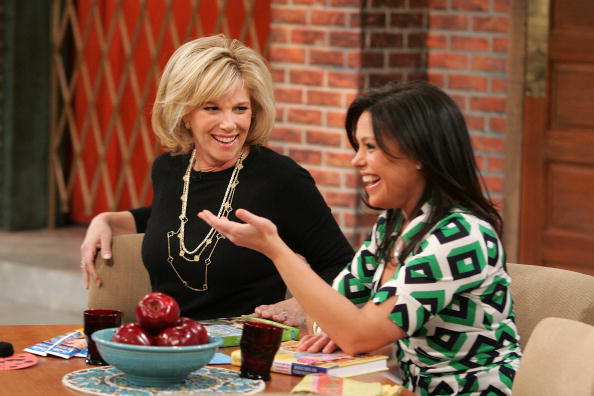 Joan hosted "Behind Closed Doors" from 1996 to 2001; the show began as a series of primetime specials on ABC, then moved to A&E. She often guest-hosted another A&E show, "Biography," and she has hosted DirectTV's "Hometown Heroes" and Lifetime's "Health Corner." Lunden also hosted the 2007 documentary "America's Invisible Children: the Homeless Education Crisis in America," which won a Daytime Emmy for Outstanding Special Class Special. From 1989 to 1991, she hosted ABC's broadcast of Pasadena's Rose Parade, and she hosted the Walt Disney World Christmas and Easter parades from 1983 to 1996. Joan has served as a spokesperson for Mothers Against Drunk Driving and the senior care referral service A Place for Mom, and she created Camp Reveille, "a haven for other multi-tasking women to spend some much needed time concentrating on their well-being in one of the most serene, peaceful, and enjoyable environments imaginable," in Naples, Maine. Joan has also taught "Population Health and the Media" courses as a visiting professor at Lehigh University.

Joan married Michael A. Krauss on September 10, 1978, and they had three daughters, Jamie, Lindsay, and Sarah, before divorcing in 1992. Lunden converted to Judaism when she married Krauss. She married Jeff Konigsberg on April 18, 2000, and they welcomed twins Kate and Max in 2003, followed by another set of twins, Jack and Kim, in 2005. Both sets of twins were born via a surrogate, Deborah Bolig, and in 2009, Joan wrote on her official website, "There are thousands of couples struggling in this country, trying to have babies. Surrogacy can now be a safe and viable option for them, and I want women to feel as though they can choose this option without any stigma and without thinking that they too will be expected to answer inappropriate questions about delicate family matters. We are fortunate that we have medical technology and altruistic self less compassionate surrogates willing to give the Gift of Life." In 2014, Lunden was diagnosed with triple negative breast cancer, and nine months after her diagnosis, she was declared cancer-free. Joan underwent a lumpectomy to have two tumors removed, along with six weeks of radiation and 16 rounds of chemotherapy. In 2015, she launched a streaming network dedicated to breast cancer and women's health called Alive with Joan Lunden.

In 2017, Lunden was honored with the National Association of Broadcasters Distinguished Service Award, and in 2011, the Gracie Allen Awards named "Taking Care with Joan Lunden" Outstanding Talk Show – Entertainment/Information. At the 2016 WWE Hall of Fame Induction Ceremony, Joan was presented with the Warrior Award. She said of the honor, "After being diagnosed with cancer, my first thought was to survive, but soon after, I changed my focus from my cancer to the fight against cancer and my life took on a whole new purpose. WWE has welcomed me into their family, offering me warmth and support, as have so many of the WWE fans from around the world. It is a privilege to receive this honor." Lunden has been nominated for five Daytime Emmys for Outstanding Special Class Program for "Good Morning America, and "Mother's Day" earned her two CableACE Award nominations for Informational Host (1985 and 1987) and one for Program Hostess (1984). Joan has also received the Albert Einstein College of Medicine's Spirit of Achievement Award, YWCA Outstanding Woman's Award, National Women's Political Caucus Award, Baylor University Outstanding Woman of the Year award, New Jersey Division of Civil Rights Award, and the New York Association for Women in Communications' Matrix Award. 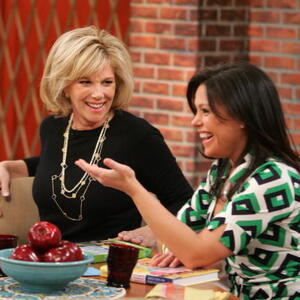