What is JK Rowling's net worth?

JK Rowling is a British author and movie producer who has a net worth of $1 billion. JK Rowling is one of the wealthiest private citizens in the United Kingdom and the first author in the world to achieve a net worth of $1 billion. It should be noted that J.K. is extremely private about her personal finances and has denied being a billionaire. That might be possible if she has secretly donated a large portion of her wealth to charity. For the record, it is known that she has donated at least $150 million to charity to date.

As you probably know, she earned fame and fortune for writing the "Harry Potter" fantasy series which have sold 500 million copies since debuting in 1997. The books spawned a multi-billion dollar film, merchandise and theme park empire. In a given year, J.K. earns an average of $50 – $100 million from her various endeavors. Between June 2018 and June 2019, she earned $90 million. She wrote the first book as an unemployed single mother living on welfare.

J.K. Rowling's story, of going from virtually penniless to billionaire best-selling author in less than five years time, is almost as fantastic as the multi-award winning, multi-billion dollar book series she wrote.  The author of the immensely popular "Harry Potter" books, J.K. Rowling was broke, jobless, and attempting to earn a second degree in education while raising her daughter alone, when she began working on the series in her spare time.  The first book in the series was published in 1996 in the UK, with very little fanfare or hope by its mildly enthusiastic publisher, Bloomsbury.  A year later, Scholastic, Inc. snapped up US distribution rights for $105,000, and the global "Harry Potter" phenomenon began.  Seven books, a slew of awards, a wildly successful film series, and the record for the fastest selling book of all time, later, J.K. Rowling is now the author behind a $15 billion franchise.  Since the end of the "Harry Potter" series, she has published multiple supplements to the "Harry Potter" universe, and her first novel for adults, "The Casual Vacancy", was released in 2012.

Joanne Kathleen ("JK") Rowling was born in Yate, Gloucestershire, England on July 31, 1965. Growing up, she would write fantasy short fiction stories and read them to her sister Dianne. She has stated that her childhood years were unhappy, citing a strained relationship with her father and her mother's ongoing health battles with multiple sclerosis. She has said that she based the character of Hermione Granger off herself at the age of 11. After JK graduated from the University of Exeter, where she studied French and Classics, she moved to Porto, Portugal to become an English teacher.

Rowling was working as a secretary and researcher for Amnesty International in 1990 when she dreamed up the idea for her first novel, about a boy who finds out he is a wizard and attends wizardry school, during a delayed train trip from Manchester to London. As soon as she got back to her flat in Clapham Junction, she began to write it.

She finished her first novel in 1995, titled "Harry Potter and the Philosopher's Stone" (re-titled as "Sorcerer's Stone" in the United States). She nabbed a literary agent, submitted to twelve publishing houses, and was met with a resounding rejection from each one. A year later, Bloomsbury Publishing gave her the green light and a  £1,500 advance. Bloomsbury's chairman had given his 8-year-old daughter the first chapter of the book to review, and her response was to eagerly demand the rest immediately, thus cementing the decision to go forward with the book. Rowling was soon given a grant from the Scottish Arts Council to write the second book.

With an initial print run of just 1,000 copies (some of which went straight to libraries), "Harry Potter and the Philosopher's Stone" was published in June 1997. The sleeper novel eventually began to win awards, and gain attention and in 1998, Scholastic Inc won the rights in an auction to publish the novel. Scholastic published the book in 1998 in the U.S. under the altered title of "Harry Potter and the Sorcerer's Stone" (a decision which Rowling now admits disagreeing with and regrets saying yes to the change.)

This first installment of the series would turn out to be the first in an eventual series of seven books and the beginning of a major literary, film, and licensing industry. As the "Harry Potter" books gained popularity around the world, they broke literary sales records. The last two, "Harry Potter and the Half-Blood Prince" and "Harry Potter and the Deathly Hallows", sold nine and eleven million copies, respectively, within twenty-four hours of their releases. The books have now been translated into 65 languages around the world. Published at a time when readership in children was declining and young adults were said to be abandoning books at a rapid rate in favor of the booming internet, the series was a turning point in rekindling an interest in reading among the youth. 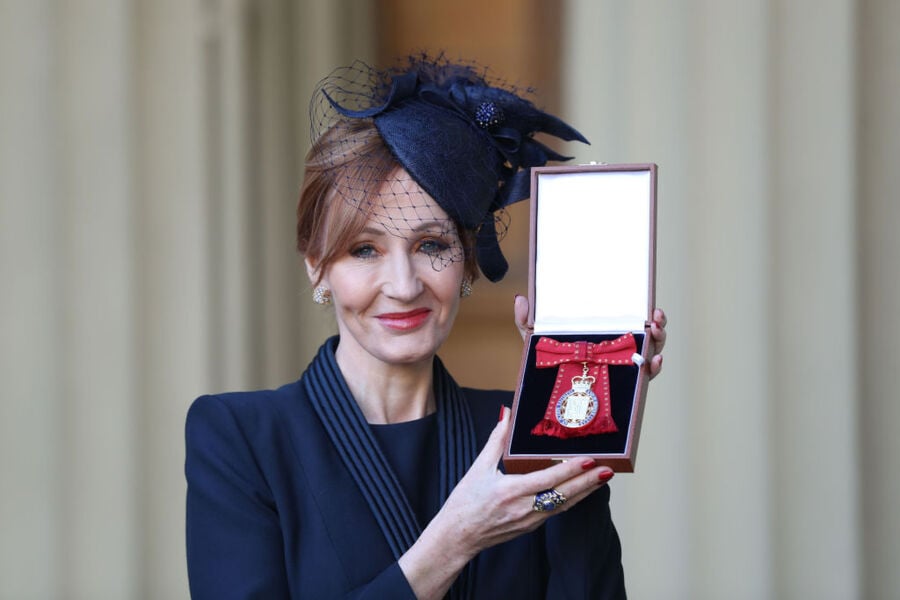 The second two film adaptations came out in July 2007 and July 2009, and the final installment of the series, "Harry Potter and the Deathly Hallows" was released in two segments, one in November 2010 and the final segment in July 2011. Steve Kloves wrote all of the screenplays save for the fifth film, which Rowling assisted in. She leveraged some creative control, and reviewed each script before they were made. Rowling's main request for the films was that they all be shot in Britain with an all-British cast.

In 2013, Warner Bros and Rowling announced a planned series of five films to be scripted and co-produced by Rowling about the character Newt Scamander, author of "Fantastic Beasts and Where to Find Them".  The first "Fantastic Beasts" movie was released in 2016, set 70 years before the events of the "Harry Potter" series, and the second movie was released November 2018.

Rowling married Portuguese television journalist Jorge Arantes in 1992, and had a child (Jessica) on July 27, 1993 in Portugal. The couple separated on November 17, 1993, and Rowling and her daughter moved to Edinburgh, Scotland. JK was a self-described broke, struggling single mother on welfare the entire time she worked on the first "Harry Potter" installment. During this period, she struggled with depression and contemplated suicide.

She married anesthetist David Murray in 2001, and the couple has two children, along with Jessica from her previous marriage. They live in Edinburgh, London, and Aberfeldy, Scotland.

Rowling's mother, Anne, lost her ten-year battle with multiple sclerosis in December 1990. Anne's death heavily influenced JK's writing, as she channeled her grief by diving into the character of Harry and how he dealt with loss. 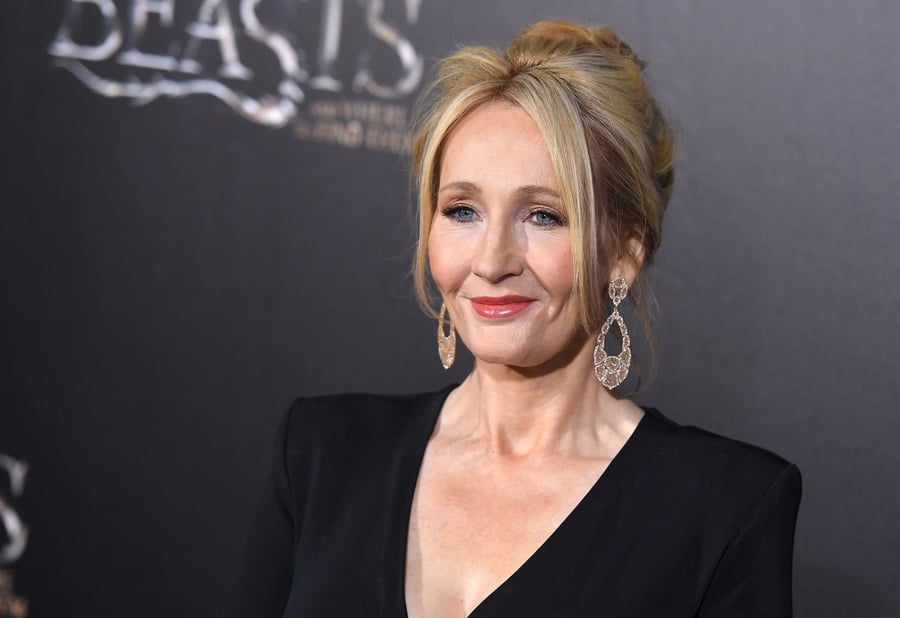 JK has used her wealth and power to support a wide number of philanthropic causes and charities. She established the Volant Charitable Trust in 2001, which uses its considerable budget to help fight childhood poverty. She is involved in several other poverty and social inequality charities, along with charities that work to help fight multiple sclerosis. Notably, she demanded that Coca-Cola, who won the product tie-in race for the film series, donate $18 million USD to the American charity Reading is Fundamental and other community programs.

She is the founder of the Anne Rowling Regenerative Neurology Clinic at the University of Edinburgh. Named for her mother who suffered from multiple sclerosis, J.K. funded the clinic with an initial $16 million donation.

To date she has personally donated at least $150 million to charity.

Summary: J.K. Rowling's net worth is $1 billion. During her career to date, she has earned multiple billions in book royalties, movie advances, movie rights, merchandise and more.