Jim Lovell net worth: Jim Lovell is an American former NASA astronaut who has a net worth of $2 million. Jim Lovell was born in Cleveland, Ohio in March 1928. Lovell is a retired captain in the United States Navy and is known for being the commander of the Apollo 13 mission. He was a command module pilot of Apollo 8 as well.

Lovell has received the Congressional Space Medal of Honor and the Presidential Medal of Freedom. He is one of 24 people who have flown to the Moon and was the first of three people to have flown to the Moon twice. He is also the only person to fly to the Moon twice without making a landing and was the first person to fly in space four times. Lovell's book Lost Moon was used for the film Apollo 13. He was also a technical consultant on the film and made an uncredited appearance. Lovell has been featured on many documentary series about space exploration. He has a small crater on the far side of the Moon named after him. 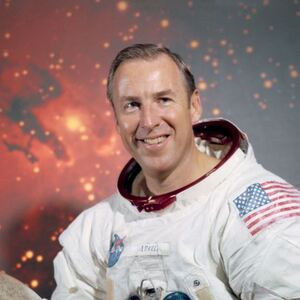