What is Jim Davis' Net Worth?

Jim Davis is an American cartoonist who has a net worth of $800 million dollars. Jim Davis is most widely recognized for his internationally successful comic strip, "Garfield." Garfield has been in syndication since 1978 and chronicles the daily affairs of the cat Garfield, his owner, Jon Arbuckle, and Jon's dog, Odie. He produced the CBS series "Garfield & Friends," which aired from 1988 to 1994, and he has written numerous "Garfield" television specials; he wrote and produced several direct-to-video "Garfield" films as well. Jim has also worked on the comic strips "U.S. Acres," "Gnorm Gnat," "Tumbleweeds," and "Mr. Potato Head."

Jim Davis was born James Robert Davis on July 28, 1945, in Marion, Indiana. He grew up with mother Anna, father James, and brother Dave on a cow farm in Fairmount, Indiana. Davis attended Fairmount High School, where he was Art Editor of the school newspaper, "The Breeze." Jim's first comic was featured in "The Breeze," and he drew numerous illustrations for the yearbook during his senior year. After graduating from high school, he enrolled at Ball State University to study art and business, and he joined the Theta Xi fraternity.

Davis worked at an advertising agency before he created "Garfield," and from 1969 to 1978, he was the assistant of Tom Ryan, creator of the "Tumbleweeds" comic strip. While working for Ryan, Jim created the comic strip "Gnorm Gnat," and it ran in "The Pendleton Times" from 1973 to 1975. When he tried to sell "Gnorm Gnat" to a national comic strip syndicate and was told "nobody can relate to bugs," he took inspiration from the popularity of Snoopy in the "Peanuts" comic strips and decided to create his own furry scene-stealer.

"Garfield" has been adapted into two live action/computer-animated feature films featuring the voice of Bill Murray as Garfield. "Garfield: The Movie" (2004) grossed $203.2 million at the box office, and "Garfield: A Tail of Two Kitties" (2006) brought in $143.3 million. There have been several "Garfield" primetime specials, including "Here Comes Garfield" (1982), "Garfield Goes Hollywood" (1987), and "Garfield Gets a Life" (1991), and three direct-to-video movies, "Garfield Gets Real" (2007), "Garfield's Fun Fest" (2008), and "Garfield's Pet Force" (2009). The animated series "Garfield and Friends" aired from 1988 to 1994 on CBS, and it was followed by "The Garfield Show," which aired from 2009 to 2012 on Cartoon Network and 2015 to 2016 on Boomerang. In 2019, ViacomCBS bought Jim's company, Paws, Inc, with plans to develop a new "Garfield" animated series for Nickelodeon. Davis said of the deal, "I'm delighted that Garfield is going to be placed in the capable hands of the folks at Nick. They know how to entertain and will be great stewards for the franchise. I am also excited to continue to do the thing that gets me out of bed every morning … the comic strip!" 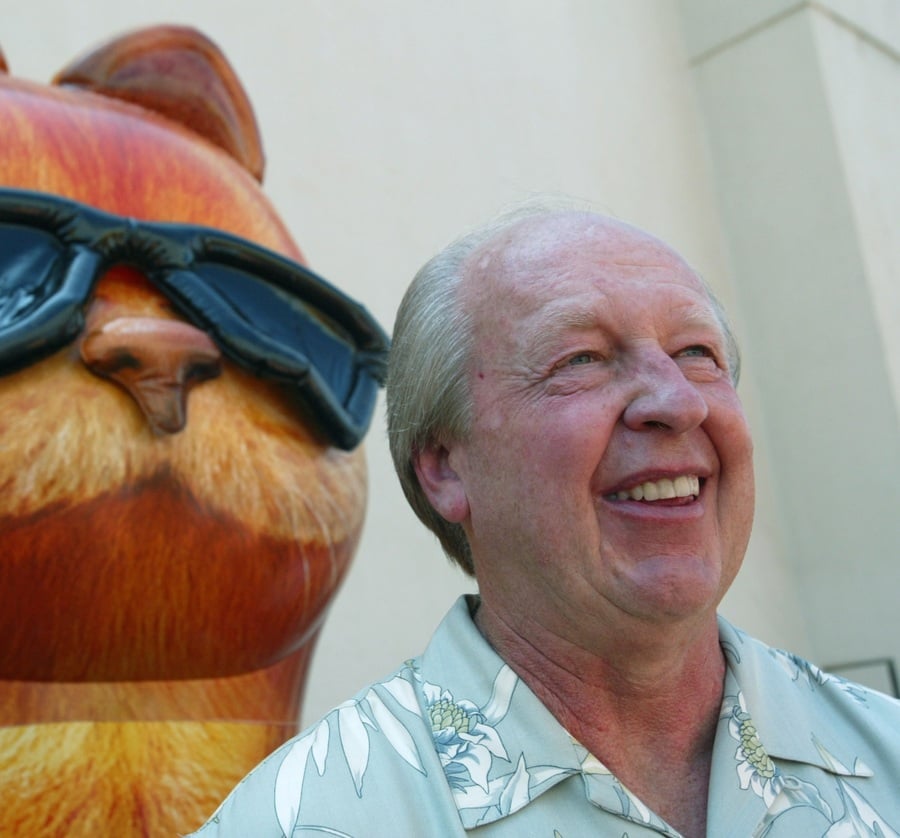 Jim married Carolyn Altekruse on July 26, 1969, and they welcomed a son, James, before divorcing. Davis has been married to his second wife, Jill, since July 16, 2000, and he is stepfather to her two children from a previous marriage. In 2016, Jim was hired as an adjunct professor at Ball State University to teach the workshops "Drawing as a Cartoonist" and "The Sequential Narrative" and present the lectures "The History and Development of Garfield" and "The Business of Garfield." He lives in Albany, Indiana, and he produces "Garfield" under his company Paws, Inc., which he launched in 1981. Nearly 50 licensing administrators and artists are employed by the company. In late 2019, Davis decided to begin holding weekly auctions for hand-painted "Garfield" comics that he created between 1978 and 2011 (in 2011, he started digitally drawing comics with a graphics tablet). The comics had been kept in a climate-controlled safe, and Jim stated, ""There are just so many, and it was such a daunting task to figure what to do with them so that they could be out there where people enjoy them too." Davis is the founder of the Professor Garfield Foundation, which supports children's literacy.

Davis has been nominated for 10 Primetime Emmys, winning Outstanding Animated Program for "Garfield in the Rough" (1985) and "Garfield in Disguise" (1986) and Outstanding Animated Program (For Programming Less Than One Hour) for "Garfield's Babes and Bullets" (1989). He received a Golden Plate Award from the American Academy of Achievement in 1983 and a Sagamore of the Wabash from the State of Indiana in 1988. Jim has been honored with several awards from the National Cartoonist Society: the Elzie Segar Award for Contributions to Cartooning (1985), Best Strip (1986), and the Reuben Award for Overall Excellence in Cartooning (1989). He was presented with an Indiana Arbor Day Spokesman Award by the Indiana Division of Natural Resources and Forestry in 1989 and a Good Steward Award by the National Arbor Day Foundation in 1990. Davis received the Indiana Journalism Award from the Ball State University Department of Journalism in 1991, and the State of Indiana named him a Distinguished Hoosier in 1992. In 1995, he received a Project Award from the National Arbor Day Foundation, and in 1997, he won an LVA Leadership Award from the Literacy Volunteers of America. In 2016, Jim was presented with an Inkpot Award at San Diego Comic-Con International. 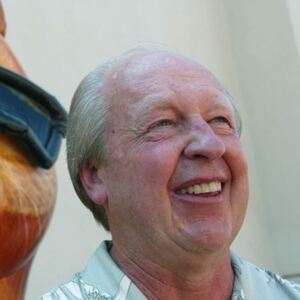