How much is Jill Biden Worth?

Jill Biden net worth: Jill Biden is an American educator who ha s net worth of $9 million. She is best known for being married to former Vice President Joe Biden. Her net worth is a combined net worth with Joe. She is a professor at Northern Virginia Community College. Federal financial disclosures have showed that her teaching salary is typically around $100,000 per year.

Jill Biden was born in Hammonton, New Jersey in June 1951. She is a Democrat who graduated from the University of Delaware. Biden earned his MEd from West Chester University and her MA from Villanova University. She married her second husband Joe Biden in 1977 and served as the Second Lady of the United States from January 2009 to January 2017.  Jill became the stepmother to Joe Biden's two young sons from his first marriage. She has a daughter with Joe Biden named Ashley. Jill Biden has taught English and reading in high school for several years and also taught adolescents who had emotional disabilities at a psychiatric hospital. She was an English and writing instructor at Delaware Technical & Community College from 1993 to 2008 and then became a professor of English at Northern Virginia Community College.

After leaving the White House, Joe and Jill Biden and his wife signed an $10 million joint book deal covering three books (of which two have been written, as of this writing).

Real Estate: Joe's primary residence is a home in the neighborhood of Greenville in Wilmington, Delaware. The home overlooks a man-made lake that was originally built by wealthy members of the du Pont family. Joe and Jill bought their home in 1997 for $350,000. Similar homes in the area have recently sold for a bit more than $2 million. In 2017, Joe and Jill paid $2.74 million for a six-bedroom vacation home in Rehoboth Beach, Delaware. Between 2018 and 2019, the couple rented a $4 million mansion in McLean, Virginia, paying $20,000 per month. 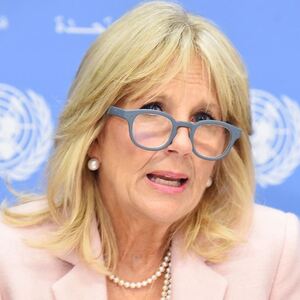