Jill Abramson net worth and salary: Jill Abramson is an influential American author and journalist who has a net worth of $2 million dollars. Jill Abramson worked for many years at the Wall Street Journal and later as an editor at The New York Times, ending up as executive editor. She was fired from her job at the Times in May 2014, apparently because of differences of opinion with the newspaper's management.

She has taught at Princeton University and is a member of the prestigious American Academy of Arts and Sciences. She has three books to her credit. She co-wrote Strange Justice: The Selling of Clarence Thomas, published in 1995. In 1986 she wrote Where They Are Now: The Story of the Women of Harvard Law 1974. In 2011 she published The Puppy Diaries: Raising a Dog Named Scout, based on a series of columns she wrote for the Times Home and Garden section. A Harvard graduate, she started her reporting career at Time magazine and went on to The American Lawyer and the Legal Times. In 2012 she made the Forbes list of most powerful woman, coming in at number five. Her reporting is considered so influential in national affairs that Foreign Policy Magazine put her on their list of the 500 most powerful people worldwide. She and her husband, Henry Little Griggs III, have two children. He is a media relations consultant involved with nonprofits. Born in 1954 in New York City, she has spent the majority of her working life there and in Washington, D.C. Her 4'10" height belies her reputation as a dynamic and forceful leader. She takes special pride in four tattoos, which she calls "the story of me. They include a subway token, "H" for Harvard and Henry (her husband) and "t" in the distinctive Times logo font. 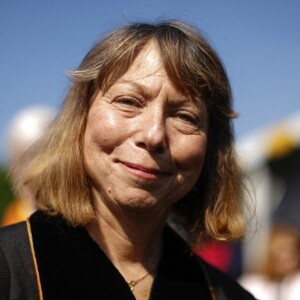