How much is Jian Ghomeshi Worth?

Jian Ghomeshi net worth: Jian Ghomeshi is a Canadian broadcaster, writer, and musician who has a net worth of $6 million. Jian Ghomeshi was born in London, United Kingdom in June 1967. His family moved to Canada when Jian was seven years old. In 1990 he became part of the politically satirical folk pop band Moxy Fruvous. The group released seven albums through 2000 and sold over half a million albums in the United States and Canada. In 2001 Ghomeshi released his debut solo EP The First 6 Songs. He has his own production company called Jian Ghomeshi Productions Inc. where he manages and produces for musical artists. In 2002 he started hosting CBC Newsworld's >play for three seasons. He was a panelist for The Hour from 2012 to 2013 and since 2008 has hosted the TV series Q with Jian Ghomeshi. His book 1982 was published in 2012. In October 2014 Ghomeshi was fired by CBC over sexual allegations and has said he planned to launch a $50 million lawsuit against the network. 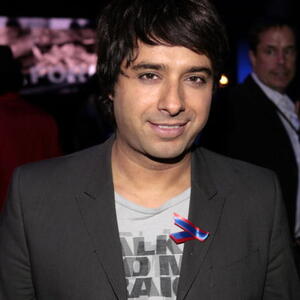