Jewel Tankard net worth: Jewel Tankard is an American author, reality TV star and network marketer who has a net worth of $5 million. Jewel Tankard has recently become famous on a national level thanks to her appearance on the Bravo reality television show "Thicker Than Water: The Tankards". The show follows Jewel, her husband Ben Tankard and their five children and one grand-child.

Ben Tankard is a former NBA player and current pastor of a church called The Destiny Center. The Destiny Center is located in Murfreesboro, Tennessee. Ben is also a gospel singer and a motivational speaker. During his career he has released 15 gold albums and six platinum albums. Ben is still a popular and sought after artist who performs an estimated 100 concerts and public speaking events every year. Prior to becoming a gospel musician and preacher, Ben Tankard spent a brief period playing professional basketball in Canada. He was good enough to earn a spot at an NBA tryout but was cut after suffering a career ending injury. Ben and Jewel describe their family as The Black Brady Bunch. Outside of reality TV, Jewel Tankard is one of the top earners for Ardyss International, a multi-level-marketing (MLM) firm. Jewel has brought in over $2 million worth of sales from Ardyss and has an unprecedented 65,000 people within her sales network. She also recently launched a "millionaires" clothing line that mainly sells hats and t-shirts. She is originally from Detroit, Michigan. Outside of their church, business and reality show, Jewel enjoys sailing, dancing and jet skiing. Her ultimate goal is to use her platform in life to help inspire other people, especially women, to strive for financial independence through entrepreneurship and hard work. She is an active philanthropist in her community and mentors several up and coming female entrepreneurs. 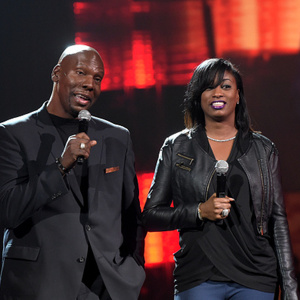