Falwell also founded the Lynchburg Christian Academy and Liberty University. In 1979 Falwell co-founded the Moral Majority. He founded the Thomas Road Baptist Church in 1956 at age 22 and it would become a megachurch. Falwell started the Old Time Gospel Hour which was nationally syndicated on radio and television. He stepped down in 2006 and his son Jonathan became pastor. Falwell authored a total of 20 books and was involved in many controversies during his career. His health started to fail him in 2005 and Jerry Falwell passed away on May 16, 2007 at 73 years old. 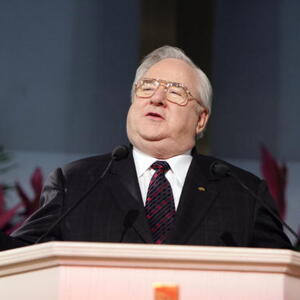