Jerry B. Jenkins Net Worth

in Richest Celebrities › Authors
Jerry B. Jenkins Net Worth:
$3 Million

Overall, Jenkins has written more than 180 books in genres such as mystery, romance novels, non-fiction, and children's adventures. His books often feature protagonists that are evangelical Christians. Jenkins and LaHaye were ranked #9 on Amazon.com's 10th Anniversary Hall of Fame authors in 2005 for largest number of books sold on Amazon.com. Jenkins has written for Reader's Digest, Guideposts, and Parade. He is also a writer for Moody Bible Institute and worked as Editor of Moody Magazine and vice-president of publishing for the company. In addition to the Left Behind series with LaHaye, Jenkins has authored the Wormling Saga and The Red Rock Mysteries series with Chris Fabry. 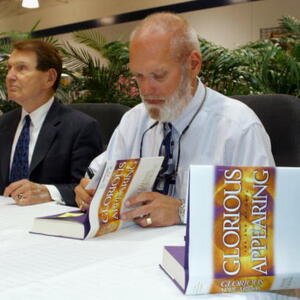