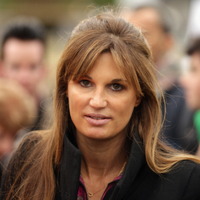 What is Jemima Khan's Net Worth?

Jemima Khan is a British writer and campaigner who has a net worth of $100 million. Jemima Khan has worked as a writer and editor of "The New Statesman" and served as the European editor-at-large "Vanity Fair." Jemima Khan is one of the eight children of Lady Annabel Goldsmith and James Goldsmith. Jemima inherited her wealth from her late billionaire father. She studied English at the University of Bristol, but dropped out of college in 1995 to marry Imran Khan, a Pakistani cricketer, celebrity and philanthropist. Eventually, she completed her studies and took her Bachelor's degree in March 2002 with 2:1 honors. At the time, her marriage was in crises. She divorced from Imran in 2004. Divorced and a mother of two, she then caught the attention of media worldwide for her relationship with British film star Hugh Grant. Aside from being a heiress, Imran Khan's ex-wife and Hugh Grant's lover, Jemima has actively worked as a charity fundraiser and human rights campaigner, as well as contributing writer for British newspapers and magazines.

Khan was born on January 30, 1974 in Chelsea, London, England. She was given the name Jemima Marcelle Goldsmith by her parents, Lady Annabel Vane-Tempest Steward and Sir James Goldsmith. Her mother is the daughter of the 8th Marquess of Londonderry and her father is the son of luxury hotel tycoon and Conservative Member of Parliament, Major Frank Goldsmith. At the time Khan was born, her parents were married to different partners but then married in 1978 to legitimate their child. She grew up with her two younger brothers, Zac and Ben, and eight half-siblings. Khan attended the Old Vicarage preparatory school and spent much of her time developing her equestrian skills. In 1993, she enrolled at the University of Bristol but did not end up completing her bachelor's degree until March of 2002. She later studied at the School of Oriental and African Studies and then got a master's degree in Middle Eastern Studies from the University of London in 2003.

While Khan was living in Pakistan with her husband, Imran Khan, she did write some media articles. However, her journalistic career took off when she returned to London and after she completed her studies. She began contributing op-eds to magazines and newspapers like "The Independent," "The Sunday Times," "The Evening Standard," and "The Observer." She worked as a "Sunday Telegraph" columnist from 2007 to 2008.

She then was a feature writer and contributing editor for "British Vogue" from 2008 to 2011 until she was appointed the new European editor-at-large at "Vanity Fair." She joined the "New Statesman" as an associate editor in 2011.

Khan has also been involved in a number of fashion related ventures. She launched an eponymous fashion label in 1990 that employed Pakistani women to embroider western clothing with eastern handiwork. She sold the clothes in London and New York and donated the profits to the Shaukat Khanum Memorial Cancer Hospital. In 2008, she worked as a model for the relaunched Azzaro Couture fragrance and was a guest co-designer of the Spring 2009 collection for Azzaro. She has also landed on various best-dressed lists published in "Vanity Fair" and the "Daily Telegraph" over the years.

More recently, Khan has begun getting involved in television and film production. In 2015, she founded Instinct Productions. Through her company, she has been the executive producer for the Emmy-nominated six-part documentary series, "The Clinton Affair." She was also the executive producer of Emmy-nominated "The Case Against Adnan Syed," a television documentary series that covered the Adnan Syed case, made popular by the "Serial" podcast. 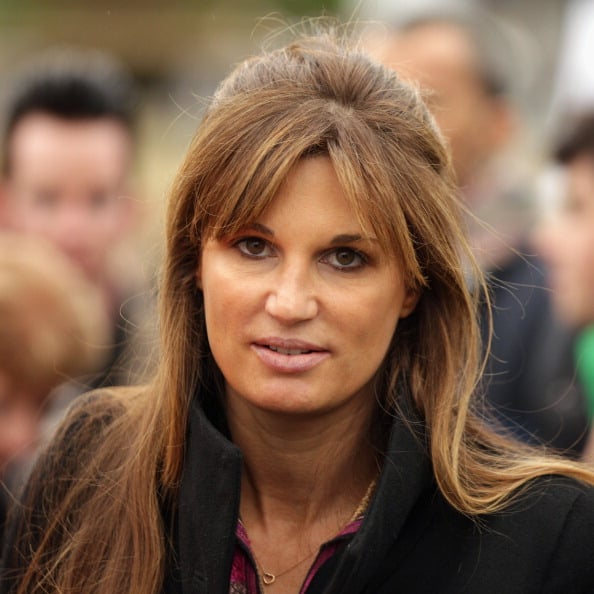 She worked as a producer on the Golden Globes and Emmy-nominated, "Impeachment," the third season of the FX drama series "American Crime Story." The season focuses on the Clinton-Lewinsky scandal. Khan wrote and produced "What's Love Got to Do with It?" which premiered at the Toronto Film Festival. The film is a cross-cultural romantic comedy starring Lily James and Emma Thompson. Other projects she has been involved in include "We Steal Secrets: The Story of WikiLeaks," "Unmanned: America's Drone Wars," and "Making a Killing: Guns, Greed, and the NRA." She was also consulted for the fifth season of the historical drama series, "The Crown," as she had had a close personal relationship with Princess Diana of Wales. However, she ultimately asked for her contribution to be removed as she did not feel like the storyline would be told in the way she had hoped.

She has also devoted her time and resources to various philanthropic pursuits. While married to Imran Khan, she established the Jemima Khan Afghan Refugee Appeal to provide resources to the Afghan refugees at Jalozai camp in Peshawar. She also became an Ambassador for UNICEF UK in 2001 and made trips to various countries around the world in that capacity. She helped victims of the 2005 Kashmir earthquake by raising emergency funds through UNICEF. She also supports the Soil Association the HOPING Foundation for Palestinian refugee children and has visited Palestinian refugee camps to elevate their struggle in the media.

In 1995, Khan married Imran Khan, a retired cricketer. After their marriage, Khan moved to her husband's hometown of Lahore, Pakistan. There she learned to speak Urdu and began wearing traditional Pakistani clothes. The couple had two sons together before divorcing in 2004. It was stated that their divorce was caused in part by Khan's challenges with adapting to her husband's political career. Imran Khan would later go on to serve as the Prime Minister of Pakistan from 2018 to 2022. Khan kept her former husband's last name until he remarried in 2014. She then reverted to Goldstein, though she is often still credited as Jemima Khan on her work projects.

Following her divorce in 2004, she moved back to London and became romantically involved with Hugh Grant. In February of 2007, Grant announced that the couple had broken up amicably. In September of 2013, it was reported that Khan was dating British activist and actor Russel Brand. They separated in 2014.