Jemele Hill net worth and salary: Jemele Hill is an American sports journalist who has a net worth of $4 million. Jemele Hill was born in Detroit, Michigan in December 1975. She started out as a writer for the Raleigh News & Observer and then became a sports writer for the Detroit Free Press and then for the Orlando Sentinel. Hill joined ESPN in 2006 as a columnist for ESPN.com. She has hosted the TV series First Take and Numbers Never Lie. Hill is now the co-host of the television series His and Hers with Michael Smith. She has also appeared on the TV series Outside the Lines, SportsCenter, and The Sports Reporters. Hill was suspended after referencing Adolf Hitler in a post and got in trouble for comments comparing coach John Calipari to Charles Manson. She has also accused baseball player Sammy Sofa of being racist for making his complexion lighter. 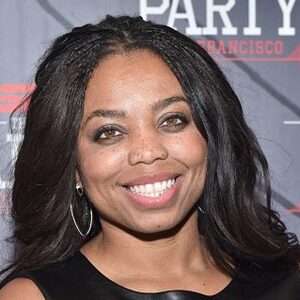