Jeffrey Archer net worth: Jeffrey Archer is an English author and politician who has a net worth of $200 million. Jeffrey Archer was born in London, England, United Kingdom in April 1940. Archer served as a Member of Parliament for Louth from 1969 to 1974. He resigned from his post due to a financial scandal that almost left him bankrupt. Archer served as deputy chairman of the Conservative Party from 1985 to 1986 but was forced to resign again after another scandal. He was convicted for perjury and perverting the court of justice and was imprisoned from 2001 to 2003. As an author Archer has sold more than 250 million copies worldwide. His imprisonment inspired his Prison diaries series which includes Hell – Belmarsh, Purgatory – Wayland, and Heaven – North Sea Camp. He also wrote the Kane and Abel series which includes Shall We Tell the President?, Kane and Abel, and The Prodigal Daughter. Archer's other novels include Not a Penny More, Not a Penny Less, First Among Equals, A Matter of Honour, As the Crow Flies, Honour Among Thieves, The Fourth Estate, The Eleventh Commandment, Sons of Fortune, False Impression, The Gospel According to Judas, A Prisoner of Birth, and Paths of Glory. He has also authored plays, children's books, and short story collections. His most recent works are the Clifton Chronicles which include Only Time Will Tell, The Sins of the Father, Best Kept Secret, Be Careful What You Wish For, and Mightier Than the Sword. 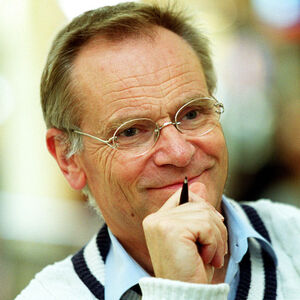