Jay Glazer net worth and salary: Jay Glazer is an American sportswriter who has a net worth of $15 million dollars. Jay Glazer began his reporting career in New York City, working for the New York Post. He quickly earned the respect of multiple players and agents, and began to make a name for himself in the sports writing community in New York.

He began writing for Giants Newsweekly, and cultivated relationships with such high-powered sports agents as Peter Flach, and such players as Jason Sehorn, Aaron Glenn, and Michael Strahan. In 2004, he became the NFL Insider for "NFL on Fox". He is also the senior writer for FoxSports.com. When he is not working as a writer, he trains NFL players in Mixed Martial Arts during the off-season. He is Randy Couture's business partner. The pair own Xtreme Couture Training Center. He has also appeared in such films as "The Game Plan", and "The Longest Yard". 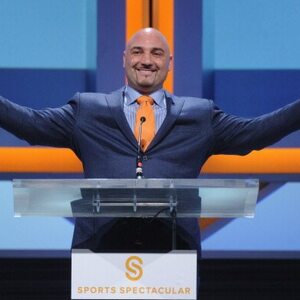