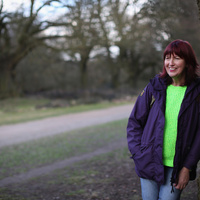 Janet Street Porter net worth: Janet Street Porter is an English journalist, broadcaster, and media personality who has a net worth of $5 million. Janet Street Porter was born in Brentford, Middlesex, England in December 1946. Porter spent two years as editor of The Independent on Sunday before becoming editor-at-large in 2002. She has competed on reality television series such as I'm a Celebrity…Get Me Out of Here!, Celebrity MasterChef, and Question Time. Porter has been a regular panelist on the TV series chat show Loose Women since 2011. She dropped out of college and worked at Petticoat magazine and then joined the Daily Mail as deputy fashion editor in 1969. In 1971 she became fashion editor for the Evening Standard. Porter has also appeared on episodes of the TV series The London Weekend Show, 6 O'clock Show, Call Me a Cabbie, The F Word, The Wright Stuff, This Week, and Have I Got News for You. She has worked as an executive producer on the TV series Get Fresh and Great Railway Journeys. Janet has been married four times.