How much is Jane Wagner Worth?

Jane Wagner net worth: Jane Wagner is an American writer, director, and producer who has a net worth of $10 million. Jane Wagner was born in Morristown, Tennessee in February 1935. She is best known for being Lily Tomlin's wife, comedy writer, and collaborator. The two married in 2013. Wagner wrote for the films Moment by Moment, The Incredible Shrinking Woman, The Search for Signs of Intelligent Life in the Universe, and An Apology to Elephants. She also wrote for the TV movies or TV specials J.T., The Lily Tomlin Show, Lily, The Lily Tomlin Special, Appearing Nightly, Lily: Sold Out, Lily for President?, Saturday Night Live, Edith Ann: A Few Pieces of the Puzzle, Edith Ann: Homeless Go Home, and Edith Ann's Christmas (Just Say Noel).  In 2018 Wagner executive produced the movie Radium Girls and she also produced several films or TV specials including Lily, The Lily Tomlin Special, The Incredible Shrinking Woman, Lily: Sold Out, Edith Ann: A Few Pieces of the Puzzle, Edith Ann's Christmas (just Say Noel), Reno Finds Her Mom, and An Apology to Elephants. Wagner has won three Primetime Emmy Awards. 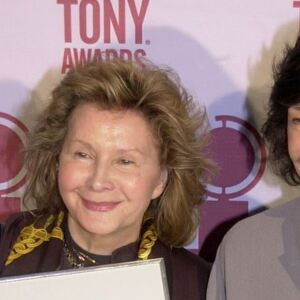