What is Jane Goodall's Net Worth?

Dame Jane Goodall is a British primatologist, anthropologist, ethologist and UN Messenger of Peace who has a net worth of $5 million. Jane Goodall is considered to be the world's top expert on chimpanzees. She is best known for her 60-year study of wild chimpanzees, which she began in Tanzania in 1960. Goodall also founded the conservation organization the Jane Goodall Institute, and is a United Nations Messenger of Peace. Goodall has authored a number of books and children's books and has been featured in many films. She has also won several awards and honors including Commander of the Order of the British Empire and a President's Medal by the British Academy.

Jane Goodall was born as Valerie Jane Morris-Goodall on April 3, 1934 in London, England to novelist Milford and businessman Mortimer. The family eventually moved to Bournemouth. In nearby Poole, Goodall went to Uplands School. Growing up, she was given a stuffed chimpanzee by her father, a formative item that instilled in her a love for animals. The chimp, named Jubilee, still sits atop her dresser.

Deeply curious about the animals of Africa, Goodall first visited the continent in 1957 when she traveled to a friend's farm in the Kenyan highlands. There, she got work as a secretary. On her friend's advice, Goodall then contacted Louis Leakey, a renowned Kenyan paleontologist and archeologist who was looking for a chimpanzee researcher. Leakey went on to send Goodall to London in order for her to study primate behavior. He also arranged for her to visit Gombe Stream National Park in Tanzania, where she first began her historic studies of chimpanzee family and social life in 1960. At the park, Goodall pioneered numerous groundbreaking methods of research, including observing and understanding the unique personalities of the chimps rather than simply numbering them. Additionally, she debunked the long-standing beliefs that only humans were capable of using tools and that chimps were vegetarians. Goodall also witnessed the aggressiveness of the animals, finding many similarities with humans.

In 1962, Leakey funded Goodall's education at the University of Cambridge. At the school's Newnham College, she became only the eighth person allowed to study for a PhD without having a bachelor's degree. Goodall graduated in 1966 with her doctorate in ethology.

Goodall established her own Jane Goodall Institute in 1977. A global wildlife and environmental conservation organization with offices in over 25 countries, it works to protect great apes, improve communities, and promote sustainable practices. Among JGI's notable initiatives is its global youth program, Roots & Shoots, which began in 1991. The year after that, Goodall founded the Tchimpounga Chimpanzee Rehabilitation Centre in order to care for orphaned chimpanzees. She later founded the Lake Tanganyika Catchment Reforestation and Education project to safeguard chimp habitats from deforestation.

Goodall has been involved in numerous activist endeavors outside of her own institute. She is the former president of Advocates for Animals, and is outspoken in her advocacy for vegetarianism and environmental protection. In 2000, alongside Marc Bekoff, she founded Ethologists for the Ethical Treatment of Animals. Additionally, Goodall is a patron of the UK-based charity Population Matters and the Australian animal protection organization Voiceless. She also serves as an ambassador for the Disneynature film studio.

Goodall has had a prolific career as an author, having written numerous books about animals and the environment. Her first, "My Friends the Wild Chimpanzees," came out in 1969. This was followed by such titles as "In the Shadow of Man"; "The Chimpanzees of Gombe: Patterns of Behavior"; "Brutal Kinship"; "40 Years at Gombe"; and "Africa in My Blood." Later titles by Goodall include "The Ten Trusts: What We Must Do to Care for the Animals We Love"; "Hope for Animals and Their World: How Endangered Species Are Being Rescued from the Brink"; and "The Book of Hope," co-authored by Gail Hudson and Douglas Abrams.

Goodall has also penned myriad children's books, including "Grub: The Bush Baby," "My Life with the Chimpanzees," "The Eagle & the Wren," and "Chimpanzees I Love: Saving Their World and Ours." 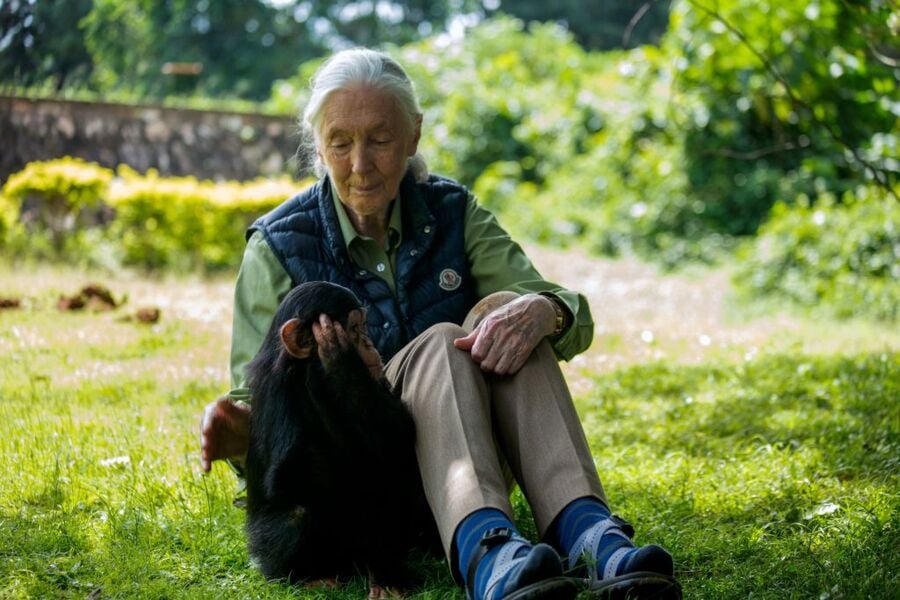 As a leading figure in the world of life sciences, Goodall has been the subject of over 40 documentary films. Many of them were made for television, such as "Among the Wild Chimpanzees," "The Gombe Chimpanzees," and "Animal Minds." Others were released theatrically, including "When Animals Talk We Should Listen," "Jane's Journey," and "Chimpanzee." One of the most significant films to feature Goodall was the acclaimed 2017 documentary "Jane," written and directed by Brett Morgen.

Goodall has been the recipient of a surfeit of honors over the course of her career, many given for her environmental and humanitarian work. In 2002, she was named a UN Messenger of Peace, and in 2004, was named Dame Commander of the Most Excellent Order of the British Empire. Among her other honors, Goodall has received the Tyler Prize for Environmental Achievement; the French Legion of Honor; the Kyoto Prize; the Benjamin Franklin Medal in Life Science; and the Templeton Prize. In 2019, Goodall was named by Time magazine as one of the 100 most influential people in the world.

In 1964, Goodall wed Dutch nobleman and wildlife photographer Baron Hugo van Lawick; she subsequently became known as Baroness Jane van Lawick-Goodall. The couple had a son named Hugo, and eventually divorced in 1974. The next year, Goodall married Derek Bryceson, the director of Tanzania's national parks. They remained together until 1980, when Bryceson passed away from cancer. 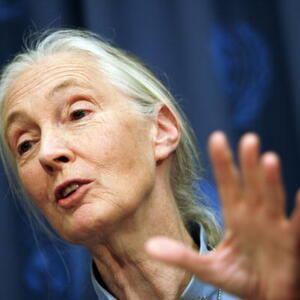