Jane Goldman net worth: Jane Goldman is an English screenwriter, producer, and author who has a net worth of $7 million. Jane Goldman was born in Hammersmith, London, England in June 1970. Goldman worked as a journalist for publications such as Cosmopolitan, The Times, Total Guitar, and Evening Standard. She wrote the books Thirteen-Something in 1993, Streetsmarts: A Teenagers Safety Guide in 1996, and Sussed and Streetwise in 1997.

She also wrote the two-volume best-selling book series The X-Files Book of the Unexplained in 1997, Dreamworld in 2000, and Do the Right Thing in 2007. She had her own series titled Jane Goldman Investigates from 2003 to 2004. Goldman co-produced the 2010 movie Kick-Ass and has produced or executive produced for The Big Fat Quiz TV movie series. She wrote for the movies Stardust, Kick-Ass, The Debt, X-Men: First Class, The Woman in Black, X-Men: Days of Future Past, and Kingsman: The Secret Service. She won a Hugo Award for Best Dramatic Presentation – Long Form in 2008 for Stardust and A Writers' Guild of Great Britain Award in 2010 for Best Original Film Screenplay for Kick-Ass. Jane married English television and radio presenter Jonathan Ross in 1998. 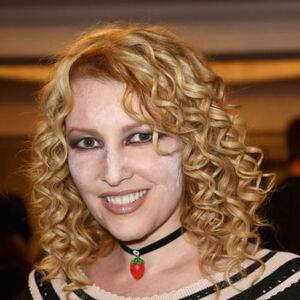