Jamie Colby net worth and salary: Jamie Colby is an American news correspondent and television anchor who has a net worth of $6 million. Jamie Colby was born in Forest Hills, Queens, New York City, New York in December 1970. She began hosting the Fox Business Network TV series Strange Inheritance in 2015. Colby has also hosted, co-hosted, or appeared on episodes of the TV series On the Record w/ Brit Hume from 2005 to 2013, America Live from 2012 to 2013, Happening Now from 2012 to 2013, America's Newsroom from 2012 to 2013, Fox Report from 2012 to 2014, Sunday Housecall from 2013 to 2014, and more. As an actress Jamie Colby appeared in the 2010 film One Angry Man. She joined Fox News in 2003 as a National News Correspondent and anchor. She has authored the book Back to Life After a Heart Crisis: A doctor and His Wife Share Their 8-Step Cardiac Comeback Plan with her ex-husband. 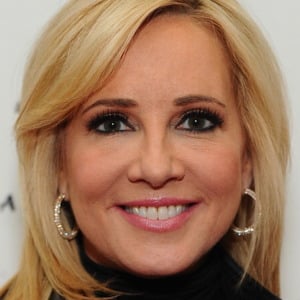