James Thurber Net Worth: James Thurber was an American cartoonist, author, journalist, and playwright who had a net worth of $500 thousand. James Thurber was born in Columbus, Ohio in December 1894 and passed away in November 1961. Thurber was known for his short stories and cartoons which were published in The New Yorker magazine and were also collected into numerous books.

Thurber was known for his wit and was one of most popular humorists of his time. He was known for celebrating the eccentricities of everyday people. Thurber wrote the Broadway comedy The Male Animal with his friend Elliott Nugent and the show was later made into a film starring Henry Fonda. Thurber's short story The Secret Life of Walter Mitty was made into a film in 1947 and then remade starring Ben Stiller in 2013. Thurber won a special Tony Award for the adapted script of A Thurber Carnival. James Thurber passed away on November 2, 1961 at 66 years old. 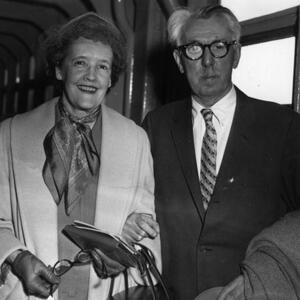