James St. James net worth: James St. James is an American television personality, author, and celebutante who has a net worth of $2 million. James St. James was born in August 1966. He was a Club Kids member of the New York City club scene back in the late 1980s and early 1990s and is a frequent collaborator with Mathu Andersen.

He became notorious for partying and heavy drug usage as well as wearing strange costumers. St. James wrote Disco Bloodbath which was published under the title Party Monster and made into a film with Seth Green starring as St. James. He was also featured in the documentary Party Monster: The Shockumentary in 1998. St. James authored the book Freak Show in 2007 and has also appeared on several TV series including The Jerry Springer Show, Geraldo, the Joan Rivers Show, America's Next Top Model, and RuPaul's Drag Race. 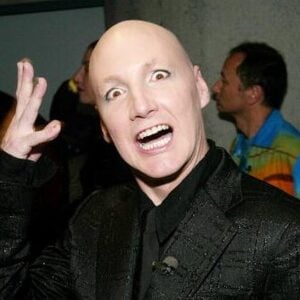