James Randi Net Worth: James Randi was a Canadian-American stage magician and scientific skeptic who had a net worth of $1.5 million. James Randi was born in Toronto, Ontario, Canada in August 1928. Randi died in October 2020 at the age of 92.

Randi was best known for his challenges to paranormal claims and pseudoscience. He founded the James Randi Educational Foundation. He started his career as a magician and went by the name The Amazing Randi until he retired at 60 to focus on investigating the paranormal and supernatural claims.

Randi was referred as a debunker although he dislikes the term and calls himself an investigator. He was a guest on The Tonight Show Starring Johnny Carson and was featured on the TV series Penn & Teller: Bullshit!. His JREF sponsored the One Million Dollar Paranormal Challenge which offered a prize of $1 million to applicants who can demonstrate evidence of any paranormal, occult, or supernatural power or event under test conditions agreed on by both parties. In 2014, the film "An Honest Liar" was released. The film focused on Randi's life and investigations including his relationship with longtime partner Jose Alvarez. He held two Guinness World Records including breaking Harry Houdini's record for longest time in a sealed casket underwater at 1 hour and 44 minutes. 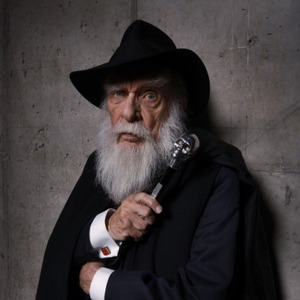