What is James Patterson's Net Worth Salary and Career Earnings?

James Patterson is an American author and producer who has a net worth of $800 million. He is best known for his novels revolving around fictional psychologist Alex Cross, and he has also written the "Women's Murder Club," "Detective Michael Bennett," "Maximum Ride," "Daniel X," and "Witch and Wizard" series as well as many stand-alone thrillers and non-fiction books. Patterson's books have sold more than 300 million copies worldwide to date, making him the world's best-selling author. Patterson has written more than 140 novels since 1976, and holds "The New York Times" record for the highest number of #1 best-selling fiction titles by a single author (67), which is also a Guinness World Record; he holds the Guinness World Record for "First author to sell more than one million e-books" as well.

James often works with co-authors, such as Maxine Paetro, Andrew Gross, Mark Sullivan, and Peter De Jonge, and though he is highly successful, he is often criticized by seasoned writers. Many of Patterson's books have been adapted for film and television, and he has served as an executive producer on several of them, including the "Women's Murder Club" TV show (2007–2008), the "Maximum Ride" film (2016), and the Netflix documentary miniseries "Jeffrey Epstein: Filthy Rich" (2020). In 2018, he hosted the Investigation Discovery true crime series "James Patterson's Murder Is Forever."

Every year James is one of the five highest-paid authors on the planet, earning $70-90 million per year. His books have sold more than 300 million copies worldwide to date.

After graduating from Vanderbilt, Patterson began working as an advertising executive at J. Walter Thompson. He retired in 1996 and decided to focus on writing, publishing his first novel, "The Thomas Berryman Number," in 1976. The novel won the Edgar Award for Best First Novel By An American Author. His most popular works are his novels featuring forensic psychologist-turned-government consultant/private psychologist Alex Cross, who made his debut in 1993's "Along Came a Spider" and has appeared in more than 25 Patterson novels. James has also written numerous books for young readers, including the "Middle School," "Treasure Hunters," "I Funny," and "Dog Diaries" series, and he has adapted the "Maximum Ride," "Daniel X," and "Witch & Wizard" series into graphic novels/manga. Patterson's nonfiction works include "Against Medical Advice" (2008), "The Murder of King Tut" (2009), "All-American Murder: The Rise and Fall of Aaron Hernandez, the Superstar Whose Life Ended on Murderers' Row" (2018), and "The Last Days of John Lennon" (2020), and he has released several paperbacks in the "Discovery's Murder is Forever" series. In 2018, James co-authored the novel "The President Is Missing" with Bill Clinton. 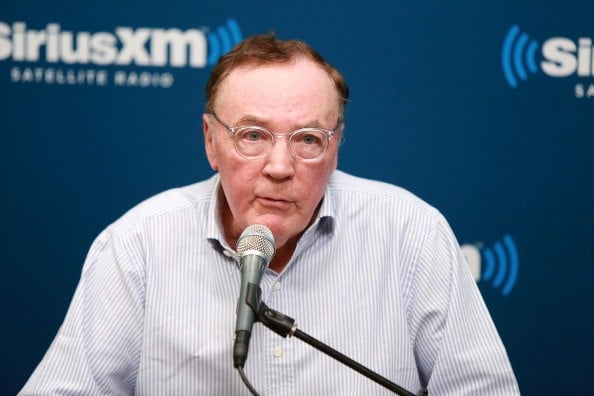 In 2009, Patterson signed a 17-book deal to write or co-write six young adult books and 11 adult books by the end of 2012. Though "Forbes" reported that it was a $150 million deal, James has said that wasn't accurate. In 2005, he established the James Patterson PageTurner Awards to give out "cash prizes intended to celebrate the people, companies, schools and other institutions who find original and effective ways to spread the excitement of books and reading." His production company, James Patterson Entertainment, signed a first-look deal with CBS Television Studios in 2014 and Entertainment One in 2020. Patterson lent his voice to an episode of "The Simpsons" in 2007, and he appeared as himself on "Castle" in 2009 and 2010, playing one of the title character's poker buddies, along with fellow authors Stephen J. Cannell and Michael Connelly. His work has also made it into the world of video games, with the "Women's Murder Club" PC games "Death in Scarlet," "A Darker Shade of Grey," "Twice in a Blue Moon," and "Little Black Lies" and "Women's Murder Club: Games of Passion" on Nintendo DS. The "Daniel X" series earned the Nintendo DS treatment as well with the game "The Ultimate Power."

The first adaptation of Patterson's work came in 1991 with the television film "Child of Darkness, Child of Light," which was based on "Cradle and All"/" Virgin." The "Alex Cross" novels have been adapted for the big screen in 1997's "Kiss the Girls" and 2001's Along Came a Spider," which both starred Morgan Freeman as Cross, and Tyler Perry took over the role in 2012's "Alex Cross." The first "Women's Murder Club" novel was adapted into the 2003 TV movie "First to Die," and from 2007 to 2008, ABC aired the "Women's Murder Club" series, starring Angie Harmon, Laura Harris, Paula Newsome, and Aubrey Dollar. The television films "Miracle on the 17th Green" (1999), "Suzanne's Diary for Nicholas" (2005), and "Sundays at Tiffany's" (2010) are based on Patterson novels, and in 2016, "Maximum Ride" and "Middle School: The Worst Years of My Life" were made into feature films. CBS aired the "Zoo" series from 2015 to 2017, and "Instinct," which was based on "Murder Games," from 2018 to 2019. In 2020, "The Postcard Killers" was adapted into the film "The Postcard Killings," and "Filthy Rich" was made into a four-part documentary miniseries entitled "Jeffrey Epstein: Filthy Rich."

James married Susan Solie on July 24, 1997, and their son, Jack, co-authored the 2017 children's book "Penguins of America" with his father. In 2015, Patterson teamed up with Scholastic Book Clubs for the James Patterson Pledge, which helps get books to young readers; through this program, he has donated millions of dollars to school libraries. He has also donated more than $2 million to independent bookstores and more than $35 million to Manhattan College, Vanderbilt University, and the University of Wisconsin (his wife's alma mater). James has established scholarships at numerous colleges and universities, including the University of Southern California, Howard University, and Florida Atlantic University. He has served as the co-chair of World Book Night 2013, co-founder of the Children's Reading Fund (UK), and Vice Chairman of Florida public television station WXEL-TV. In 2015, Patterson launched JIMMY Patterson, a children's book imprint, dedicated to "turning kids into lifelong readers," and he founded ReadKiddoRead.com, which provides resources to help parents, librarians, and teachers get kids excited about reading.

Patterson has received numerous awards for his work, including the National Book Foundation's 2015 Literarian Award for Outstanding Service to the American Literary Community, National Parenting Publications Honors Awards, International Reading Association's Young Adults' Choices Booklist, American Library Association "Teens Top Ten" Pick, and "London Times" Book Sense Children's Pick. The Children's Choice Book Awards named James Author of the Year for "Max" in 2010, and nominated "Fang" for Teen Choice Book of the Year (2011) and James for Author of the Year for "Middle School: The Worst Years of My Life" (2012). "Witch and Wizard" was nominated for a 2011 Nickelodeon Kids' Choice Award for Favorite Book, and Patterson has won the International Thriller of the Year award, BCA Mystery Guild's Thriller of the Year award, and the "Reader's Digest" Reader's Choice Award. ReadKiddoRead has received the National Book Foundation's Innovations in Reading Prize and the American Library Association's Great Websites for Kids award. 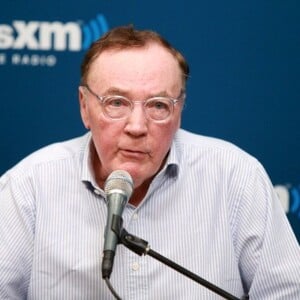