James Holzhauer net worth: James Holzhauer is an American game show contestant and professional sports gambler who has a net worth of $2 million. James Holzhauer was born in Naperville, Illinois. He is best known for his 32-game winning streak as the champion on the television quiz show Jeopardy! Holzhauer's run was from April to June 2019 and he became the third highest earning American game show contestant of all time. He also won the Jeopardy! Tournament of Champions in November 2019. He won just short of $3 million during his 33 appearances and another $250 thousand in the Tournament of Champion plus another $250 thousand for being a runner-up in the Greatest of All Time Tournament. James Holzhauer has been nicknamed "Jeopardy James". He won the state competition at the University of Illinois at Urbana-Champaign as part of the Worldwide Youth in Science and Engineering Team. Holzhauer was a contestant on the game show The Chase in 2014 and the TV show 500 Questions in 2015.

James Holzhauer Total Winnings: As of this writing James' total earnings are $2,462,216. 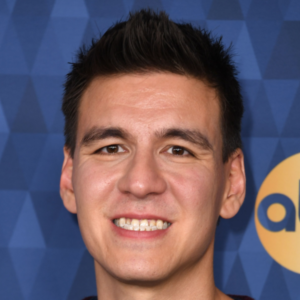