James Ellroy Net Worth: James Ellroy is an American crime fiction writer and essayist who has a net worth of $10 million. James Ellroy was born in Los Angeles, California in March 1948. His first novel Brown's Requiem was published in 1981. Ellroy has become known for his telegrammatic prose style where he often omits connecting words and uses short staccato sentences.

He published the novel Clandestine in 1982 and Killer on the Road in 1986. Ellroy authored the Lloyd Hopkins Trilogy which featured Blood on the Moon and Because the Night in 1984 and Suicide Hill in 1985. He authored the L.A. Quartet featuring The Black Dahlia in 1987, the Big Nowhere in 1988, L.A. Confidential in 1990, and White Jazz in 1992. Ellroy published the Underworld USA Trilogy which consisted of American Tabloid in 1995, The Cold Six Thousand in 2001, and Blood's a Rover in 2009. The first part of the Second L.A. Quarter Perfidia was published in 2014. Ellroy has also published two autobiographies. He has written the movies Cop, L.A. Confidential, Brown's Requiem, The Black Dahlia, Street Kings, and Rampart. He won a USC Scripter Award for L.A. Confidential. 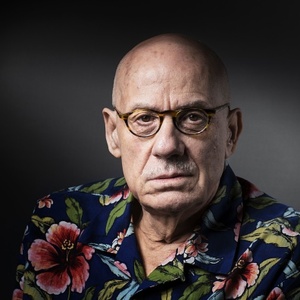