What is Jake Tapper's Net Worth and Salary?

Jake Tapper is an American journalist and author who has a net worth of $16 million. Jake Tapper is best known as the lead Washington anchor for CNN. Before this, he worked as the Senior White House Correspondent for ABC News, a position that earned him multiple awards. Among his other endeavors, Tapper hosts his own television news show called "The Lead with Jake Tapper," and also hosts the public affairs show "State of the Union" on Sunday mornings.

Jake Tapper was born on March 12, 1969 in New York City, New York, and was raised in Philadelphia, Pennsylvania. His mother, Helen, was a psychiatric nurse, while his father, Theodore, was the president of South Philadelphia Pediatrics. Having Jewish parents, Tapper spent his summers in the Poconos at the Jewish summer camp Camp Ramah. For his primary schooling, he went to the Philadelphia School, a progressive elementary school known for its frequent out-of-classroom trips. He later attended Akiba Hebrew Academy, an independent Jewish day school. For his higher education, Tapper went to Dartmouth College, from which he graduated in 1991 magna cum laude with a BA in history. Subsequently, he attended the USC School of Cinematic Arts for a brief time.

Tapper got into politics in 1992, when he served as a campaign press secretary to Democratic congressional candidate Marjorie Margolies-Mezvinsky; he later served as her press secretary after she was elected. Additionally, Tapper worked for the Washington, DC public relations firm Powell Tate, and briefly worked for Handgun Control, Inc. in the late 90s.

Tapper began his full-time journalism career in 1998, writing a number of articles as a freelance writer. He served as a senior writer for the Washington City Paper, winning a Society of Professional Journalists Award for his work. From 1999 to 2002, Tapper served as the Washington correspondent for Salon.com. During this time, he also hosted the CNN news talk show "Take Five," and served as a columnist at TALK Magazine.

In 2003, Tapper was hired by ABC News. For the program, he covered a wide range of current events, reporting from such places as Baghdad and New Orleans, the latter following Hurricane Katrina. Later, the day after the presidential election in 2008, Tapper was appointed Senior White House Correspondent. For his presidential coverage over the subsequent years, he was honored with three Merriman Smith Memorial Awards from the White House Correspondents' Association. Also on ABC, Tapper regularly contributed to such programs as "Good Morning America," "World News with Diane Sawyer," and "Nightline." Additionally, he was a frequent substitute host on "This Week," where he landed exclusive interviews with such figures as Joe Biden, Rahm Emanuel, and Alan Greenspan. 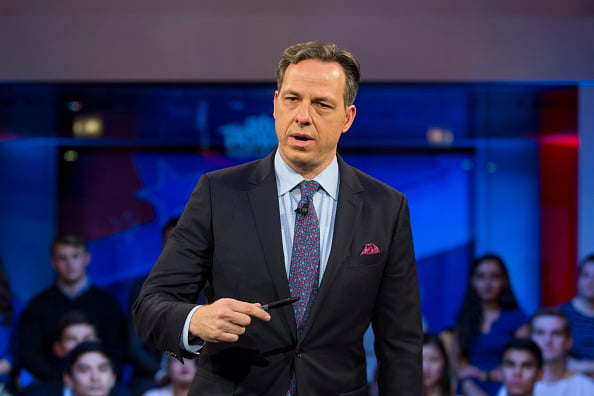 Tapper began his tenure with CNN in January of 2013. In March, he started hosting his own afternoon and early evening newscast, called "The Lead with Jake Tapper." In recognition of its reporting, the show won three National Headliner Awards. A couple years later, Tapper became the host of the Sunday morning political show "State of the Union." On the program, he gained a reputation for passionately challenging politicians on both sides of the aisle, from Bernie Sanders to Jeb Bush.

In September of 2015, Tapper moderated a pair of televised Republican primary debates. The main debate drew an average of 23.1 million viewers, making it the most watched program in CNN history. In 2017, Tapper won the Walter Cronkite Award for Excellence in Television Political Journalism, as well as the John F. Hogan Distinguished Service Award. Later, in January of 2021, Tapper's role at CNN expanded to lead anchor for all major events in Washington.

Jake's annual salary under his current CNN contract is $4 million.

Tapper has, and continues to make, numerous appearances in the media beyond his work on CNN. He has contributed to such publications as GQ, the Washington Post, and the New York Times, and hosted a series of entertainment news specials on VH1 in 2002. Additionally, Tapper has been a frequent guest on talk shows, showing up on "The Colbert Report," "Late Night with Seth Meyers," "Conan," and "Real Time with Bill Maher," among several others.

As an author, Tapper has penned both fiction and non-fiction works. His first novel, the political thriller "The Hellfire Club," was published in 2018; a sequel entitled "The Devil May Dance" came out in 2021. He also wrote "The Outpost: An Untold Story of American Valor," a non-fiction book focused on US troops in Afghanistan. Critically acclaimed, the book was later turned into a film directed by Rod Lurie. Tapper's other books include "Down and Dirty: The Plot to Steal the Presidency," about the 2000 presidential election; and "Body Slam: The Jesse Ventura Story," about the titular professional wrestler and politician.

Tapper is also a cartoonist, having created the comic strip "Capitol Hell" for the newspaper Roll Call. Further, he has contributed cartoons to the Los Angeles Time, the Philadelphia Inquirer, and the American Spectator.

In 2006, Tapper wed Jennifer Marie Brown, a former official at Planned Parenthood. The couple has two children named Alice and Jack, and resides in Washington, DC.

Owing to the town where he was raised, Tapper is an avid lifelong fan of all the major professional Philadelphia sports teams. 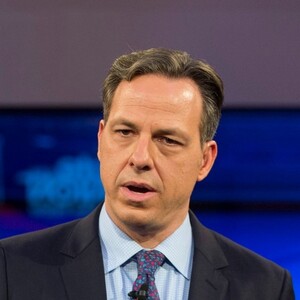