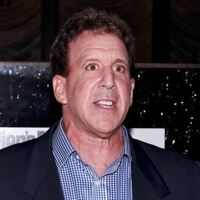 Jake Steinfeld Net Worth: Jake Steinfeld is an American fitness guru who has a net worth of $20 million dollars. Jake is often credited with single-handedly inventing/creating the business of personal fitness training. He is the Chairman and CEO of Body by Jake.

Early Life: Jake Steinfeld was born February 21, 1958 in Brooklyn, New York. After a brief stint in college he decided to drop out and move to Los Angeles to pursue a career as a body builder. Jake would later recount how in 1977 he finished second in the Mr. Southern California contest, which was remarkable given that he was the only bodybuilder in the competition not using steroids.

Discovery: Jake was working as a bouncer in the early 1980s when an actress stopped him at a pool. Upon seeing his physical fitness the actress asked if she could pay him to train her for an upcoming commercial in which she would need to be in a bikini. And that's how the paid physical training industry was born.

Career: Word soon spread about the trainer to the stars who got actors into shape for roles. He trained Steven Spielberg, Harrison Ford and Eddie Murphy to name a few. Working with Eddie Murphy landed Jake a small part in the movie "Coming to America".

Billionaire Ted Turner soon came calling. Turner, who had recently launched CNN and was looking for content, signed Jake up to produce and star in a daytime show "Fitness Freak by Jake".

FitTV: In 1993 Jake helped launch FitTV – the world's first 24-horu fitness network. His first show on the network was called "Big Brother Jake", but he really struck gold with "Body by Jake". In 1997 FitTV's parent company International Family Entertainment was acquired by Fox Entertainment and Saban Entertainment. Jake reportedly earned "a fortune" from the sale.

He then went on to create ExerciseTV, the first 'on-demand' fitness television platform. Next came FitOrbit, an affordable online digital platform which connects users to real (live) personal trainers.

Other Ventures: Steinfeld also partnered with Universal Music Group and launched the fitness music label called Body by Jake Music which features tracks by some of today's hottest artists and in-demand producers, DJ's, and mixers.

In 1999 Jake co-founded Major League Lacrosse (MLL), the nation's first professional outdoor lacrosse league. The league's championship trophy is called the Steinfeld Trophy in his honor. The league existed until 2020 when it merged with Premier Lacrosse League.

In 2012 he wrote what became a New York Times and Wall Street Journal best-selling book, "Take A Shot, a Remarkable Story of Perseverance, Friendship, and a Really Crazy Adventure" about the formation of the MLL. He has written several other books.

Jake serves as the Honorary Mayor of Pacific Palisades, California. He has served as Chairman of the California Governor's Council on Physical Fitness and Sports under Governor's Schwarzenegger and Brown, with the mission of establishing California as the nation's first "Fitness State." He is now Chairman of the National Foundation for Governors' Fitness Councils.