Jake Anderson net worth: Jake Anderson is an American deck boss on the commercial fishing vessel Northwestern, and has a net worth of $1.8 million. Since 2007, Anderson has been featured in all seasons of the Discovery Channel documentary Deadliest Catch. Anderson was hired as a greenhorn by Sig Hansen and made his debut on the episode, "New Beginnings.

He endured several personal tragedies while filming Deadliest Catch, including being notified that his sister, Chelsea, had unexpectedly passed away during his tour at sea, and later he learned that his father, Keith Anderson, went mysteriously missing and was presumed dead after his truck was found in a rural Washington town. In 2012, Anderson was promoted to Deck Boss and later that year obtained his USCG Mat 1600-ton fishing license, as well as Master 100-ton fishing license. He lives with his wife, Jenna, in Seattle during the off-season and is an avid skateboarder. He is sponsored by the American company, DVS Shoes and has a signature skateboard shoe that was released through the company. Like many commercial fishermen, Anderson once struggled with addiction. He is a recovering alcoholic and has indicated that his addiction once left him homeless for two years. He wrote an autobiography entitled Relapse, which was released in 2014 and became a best seller almost instantly. 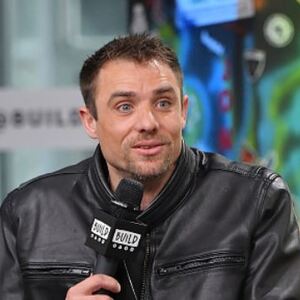