Jackie Guerrido Net Worth: Jackie Guerrido is a Puerto Rican television weather forecaster and journalist who has a net worth of $10 million. Jackie Guerrido was born September 24, 1972 in San Juan, Puerto Rico. After graduating high school, she moved with her family to the Bronx section of New York City. Before her time working in media, Guerrido had shown interest in other areas of work; in 1996, she auditioned for the part of Selena (the slain Tejano superstar), but was beat out by Jennifer Lopez. Guerrido was then offered a position on WSKQ's morning show, El Vacilon de la Mañana (Good Times in the Morning), by a producer who heard her doing a voiceover. She soon received an offer from WRMA (106.7) in Miami and accepted the offer.

Guerrido settled in Miami and joined the HBC Radio Company. There she co-hosted a radio program with the added duties of broadcasting news and traffic conditions. Eventually, she was given her own music show at WRTO (98.3). She also landed a job in television as a traffic reporter for WSCV, Miami's Telemundo affiliate, working for the radio station and television station at the same time. Univision took notice of Guerrido and made her an offer to become the meteorologist for Al Amanacer de Noticias 23, the then-morning show for Univision flagship WLTV. (She had previously studied meteorology at the University of Miami.) For several years, Guerrido presented the weather on Despierta America (Wake Up America), which is one of the most popular television programs among the Hispanic community in the United States. She currently does the weather for Univision's afternoon newsmagazine show Primer Impacto (First Impact) with Barbara Bermudo. Guerrido also studied journalism at the University of Florida. On April 19, 2008, Jackie married reggaeton singer Don Omar in Puerto Rico. In 2010, Guerrido participated in Mira Quien Baila!, a reality show, which aired on Univision in the United States and is the American/Spanish-Speaking version of Dancing with the Stars in 2010. Guerrido came in 2nd place by popular vote. 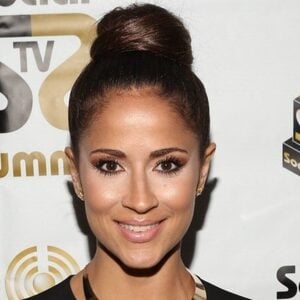