How much is Jack Canfield Worth?

Jack Canfield net worth: Jack Canfield is an American author and motivational speaker who has a net worth of $50 million. Canfield is best known for being the co-creator of the "Chicken Soup for the Soul" book series. To date the series has sold over 500 million copies in 40 languages and has nearly 200 titles. He has been a teacher, psychotherapist, and workshop facilitator. The book has since expanded into a major multi-media empire that is publicly traded on the NASDAQ as CSSE. As of this writing CSSE has a market cap of $250 million.

Jack Canfield III was born in Fort Worth, Texas in August 1944. He graduated with a degree in Chinese History for Harvard University. He founded the Canfield Training Group and in 2004 he formed The Transformational Leadership Council which is a members only club. In addition to the Chicken Soup series he has written over 15 books. He has received three Honorary Doctorates. In 1999 Canfield was named Motivator of the Year by Business Digest. He received an Oprah's Angel Network Award in 1999. He has appeared on 20/20, Inside Edition, The Today Show, Larry King Live, Eye to Eye, and many other programs. The Chicken Soup for the Soul company was sold to a new ownership group in 2008 by Jack Canfield and partner Mark Victor Hansen. 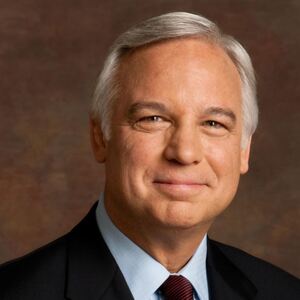