Ian Rankin net worth: Ian Rankin is a Scottish novelist who has a net worth of $10 million. Ian Rankin was born in Cardenden, Fife, Scotland in April 1960. He is a crime writer who is best known for his Inspector Rebus novels. He studied at the University of Edinburgh and worked in several jobs before becoming a writer including a taxman, grape picker, alcohol researcher, punk musician, and college secretary.

His first novel The Flood was published in 1986 and Rankin's first Inspector Rebus novel Knots and Crosses was published in 1987. His Inspector Rebus series also includes the novels Hide and Seek, Tooth and Nail, Strip Jack, The Black Book, Mortal Causes, Let it Bleed, Black and Blue, The Hanging Garden, Dead Souls, Set in Darkness, The Falls, Resurrection Men, A Question of Blood, Fleshmarket Close, The Naming of the Dead, Exit Music, Standing in Another Man's Grave, Saints of the Shadow Bible, and Even Dogs in the Wild. Rankin has won many awards including being elected a Fellow of the Royal Society of Edinburgh in 2015. 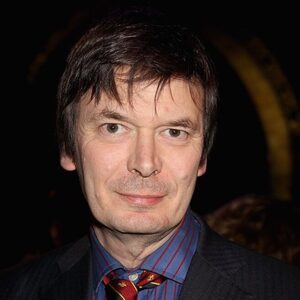