Ian Halperin net worth: Ian Halperin is a Canadian investigative journalist and writer who has a net worth of $2 million. Ian Halperin was born in Montreal, Quebec, Canada. His 2009 book Unmasked: The Final Years of Michael Jackson was a #1 best seller on the New York Times list. Halperin has authored or co-authored nine books which are mostly about musicians, super models, and celebrities. He has contributed to the TV series 60 Minutes II and Court TV. Halperin has authored the books Celine Dion: Behind The Fairytale – A Very, Very, Unauthorized Biography, Who Killed Kurt Cobain? The Mysterious Death of an Icon, Shut Up and Smile: Supermodels, the Dark Side, Fire and Rain: The James Taylor Story, Best Ceos: How the Wild, Wild Web Was Won, Bad and Beautiful: Inside the Dazzling And Deadly World of Supermodels, Miss Supermodel America, Love & Death: The Murder of Kurt Cobain, Hollywood Undercover: Revealing the Sordid Secrets of Tinseltown, Brangelina: The Untold Story of Brad Pitt and Angelina Jolie, and The Governator: From Music Beach to His Quest For the White House, the Impossible Rise of Arnold Schwarzenegger. 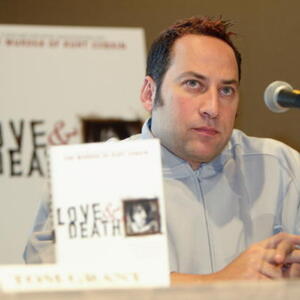