How much is Hiro Mashima Worth?

Hiro Mashima net worth: Hiro Mashima is a Japanese manga artist who has a net worth of $20 million. Hiro Mashima was born in Nagano, Japan in May 1977. He first had success with the serial Rave from 1999 to 2005. Mashima's Fairy Tail has been published since 2006 in Kodansha's Weekly Shonen Magazine where Rave was also published. He has also published other series including Monster Soul and Monster Hunter Orage as well as the light novels Fairy Tail: The Color Residing Within The Heart and Fairy Tail 2: Each Single Day After the Grand Magic Games.  Mashima won the Kodansha Manga Award in 2009. 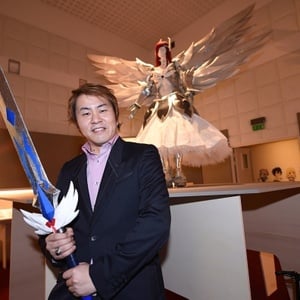