Herman Wouk Net Worth: Herman Wouk was an American author who had a net worth of $5 million at the time of his death. He died on May 17, 2019. Wouk won Pulitzer Prizes for his novels The Caine Mutiny, War and Remembrance, and The Winds of War. He also won a Columbia University Medal for Excellence, Alexander Hamilton Medal, Golden Plate Award, US Navy Memorial Foundation Lone Sailor Award, Jewish Book Council Lifetime Literary Achievement Award, and Library of Congress Award for Lifetime Achievement in Writing of Fiction.

Wouk was born in New York, New York in May 1915. Wouk graduated from Columbia University in 1934. He worked in David Freedman's Joke Factory and worked with Fred Allen. Wouk worked for the U.S. government as a writer of radio spots to sell war bonds. He served in the Pacific Theater with the United States Navy. During his off-duty hours he started writing the novel Aurora Dawn and a publisher sent him a contract. His novel was published in 1947 and was a Book of the Month Club selection.

He kept a personal diary since 1937 and presented his journals the Library of Congress in 2008. Herman married Betty Sarah Brown in 1945 and the couple had three songs together. Betty passed away in 2011. Herman died in 2019. 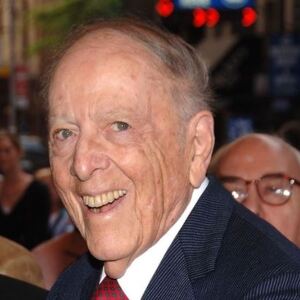