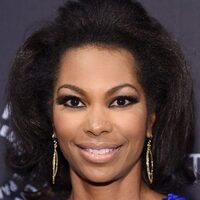 Harris Faulkner net worth and salary: Harris Faulkner is an American newscaster and television host who has a net worth of $6 million. Harris Faulkner was born in Atlanta, Georgia in October 1965. She works for the Fox News Channel where she is best known as the anchor of the Fox Report a co-anchor of Outnumbered and, as of October 2017, anchor of Outnumbered Overtime. Faulkner graduated from the University of California, Santa Barbara with a degree in mass communications. She started out writing for LA Weekly and then at TV station KCOP-TV in Los Angeles, California. Faulkner worked in North Carolina and Kansas City before working in Minneapolis. She worked as a correspondent on the TV series A Current Affair. She has won six Emmy Awards including the Emmys for Best Newscaster and Best News Specials in 2005. She authored the book Breaking News: God Has A Plan – An Anchorwoman's Journey Through Faith in 1999. Faulkner sued the toy manufacturer Hasbro for $5 million in 2015 for producing a plastic toy hamster bearing her name and likeness. The suit was eventually settled out of court for an undisclosed amount.