How much is Harper Lee Worth?

Harper Lee Net Worth: Harper Lee was an American novelist who had a net worth of $35 million. (Nell) Harper Lee was born April 28, 1926 Monroeville, Alabama. She is best known for her 1960 Pulitzer Prize-winning novel To Kill a Mockingbird, which was later made into a film starring Gregory Peck. To Kill a Mockingbird dealt with the issues of racism that Lee observed as a child in her hometown in Alabama. Despite being Lee's only published book for the majority of her life, it led to her being awarded the Presidential Medal of Freedom for her contribution to literature.

Harper Lee developed an interest in literature while she was still in high school. She attended the all-women's Huntingdon College briefly and then transferred to the University of Alabama, Tuscaloosa. She did not fully graduate from the school. In 1949, Harper moved to New York City to follow her dreams of becoming a writer. She struggled for several years, working as a ticket agent for Eastern Airlines and for the British Overseas Air Corp (BOAC). While in the city, Lee was reunited with old friend Truman Capote, one of the literary rising stars of the time. She also befriended Broadway composer and lyricist Michael Martin Brown and his wife Joy and eventually moved in with the couple.

In 1956, the Browns gave Lee an impressive Christmas present. They agreed to support her financially for a year so she could quit her job and write full time. Harper ended up using her time to write a novel about her childhood in Alabama. The Browns also helped Harper find an agent who got a publishing firm interested in her novel, which was initially entitled "Go Set a Watchman", then "Atticus" and finally "To Kill a Mockingbird". During this time, Lee also helped her close friend Truman Capote do research for his book "In Cold Blood".

As we all know now, "To Kill a Mockingbird" would go on to become one of the most important and perennially-successful books in American history. As of this writing, TKAM has sold over 40 million copies worldwide and has been reprinted in 40 languages. Even 50 years later, the book sells approximately 1 million copies per year.

According to legal papers filed as part of a lawsuit against Harper's former book agent, it was revealed that the Harper Lee earns approximately $3.2 million per year in royalties from her book. Roughly $9,2000 per day. All from something she wrote more than 50 years ago!

In February 2015, Harper shocked the world by releasing a second book "Go Set A Watchman", which is a sequel to Mockingbird. Not surprisingly, this surprise second book was an enormous hit as well. 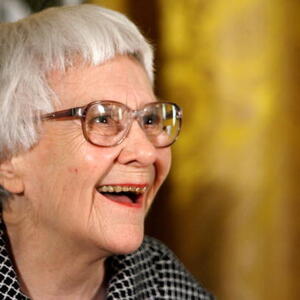