Gwen Ifill net worth: Gwen Ifill was an American journalist, newscaster, and author who had a net worth of $4 million. Gwen Ifill was born in New York City, New York in September 1955 and passed away in November 2016. She was the first African-American woman who hosted a nationally television U.S. public affairs show in 1992 with Washington Week in Review. Ifill was a Peabody Award winner and was known for moderating and being the managing editor of Washington Week as well as the co-anchor and co-managing editor of PBS NewsHour with Jody Woodruff. Ifill moderated the American vice-presidential debates in 2004 and 2008. Her book The Breakthrough: Politics and Race in the Age of Obama was a best-seller. Ifill graduated from Simmons College and wrote for The New York Times and The Washington Post among others. Gwen Ifill passed away on November 14, 2016 at 61 years old from endometrial cancer. 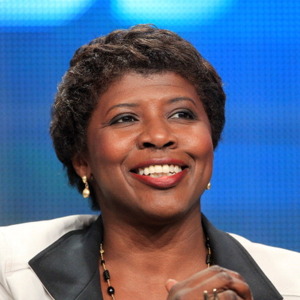