Gore Vidal net worth: Gore Vidal was an American writer who had a net worth of $30 million. He is best known for his aristocratic manner, his wit, and his polished style of writing. The most well-known novels he wrote during his career include The City and the Pillar, Julian, Myra Breckinridge, Burr, and Lincoln.

He was born Eugene Louis Vidal in 1925 to a political family and as a Democratic candidate, he sought elected office twice, first in New York in 1960 for the US House of Representatives, and later in 1982 for a US Senate seat in California. As a political essayist, Vidal's primary subject matter was the history of the United States and societal issues. Over the years, his political and cultural essays were published in The Nation, the New Statesman, the New York Review of Books, and Esquire magazine. As a novelist, Gore Vidal explored the nature of corruption in public and private life. In his third novel, The City and the Pillar, he offended the sensibilities of conservative book reviewers with the introduction of a male homosexual relationship. In Myra Breckinridge, he explored the gender roles and sexual orientation as social constructs established by social mores. He was no stranger to political feuds throughout the years, including famous feuds with Truman Capote, William F Buckley, and Norman Mailer. He was briefly engaged to actress, Joanne Woodward, prior to her marrying Paul Newman, and had a rumored affair with Anais Nin. In 1950, Gore Vidal met Howard Austen, the man who became his life partner for 53 years. He said that the secret to his long relationship with Austen was that they did not have sex with each other. Reportedly, later in life, Gore Vidal suffered alcoholic encephalopathy, derived from the illness "Wernicke-Korsakoff, a syndrome characterized by a number of symptoms, including confusion and hallucinations.

It was rumored that in the last nine years of his life, Vidal drank to excess, especially after the death of Austen in 2003. On July 31, 2012 Gore Vidal died at the age of 86 in the Hollywood Hills. 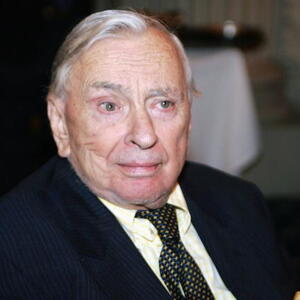