How much is Gloria Steinem Worth?

Gloria Steinem net worth: Gloria Steinem is an American feminist, journalist, and activist who has a net worth of $3 million. Gloria Steinem was born in Toledo, Ohio in March 1934. She is known for being the spokeswoman for the women's liberation movement of the late 1960s and 1970s. Steinem graduated from Smith College and spent two years in India as a Chester Bowles Asian Fellow. She became director of the Independent Research Service which was funded by the CIA. She was hired by Warren Publishing and became the first employee of Help! magazine. She later served as a columnist for New York magazine and co-founded Ms. magazine. Her 1969 article "After Black Power, Women's Liberation" put her in the national spotlight as a feminist leader. In 2005 she co-founded the Women's Media Center with Jane Fonda and Robin Morgan. She has authored seven books from 1957 to 2006. Steinem has been involved with many political campaigns and has been active in the topics of abortion, pornography, genital mutilation, same-sex marriage, and transsexualism. She has won many awards including the American Civil Liberties Union of Southern California's Bill of Rights Award, American Humanist Association's 2012 Humanist of the Y ear, National Women's Hall of Fame inductee, New York Women's Foundation's Century Award, Parenting magazine's Lifetime Achievement Award, United Nations' Society of Writers Award, and Veteran Feminists of American's medal of honor. 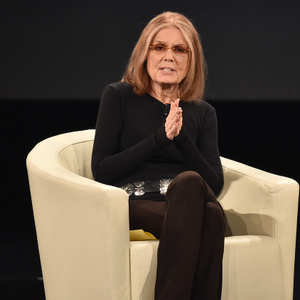