Giorgio A. Tsoukalos Net Worth

in Richest Celebrities › Authors
Giorgio A. Tsoukalos Net Worth:
$4 Million

What is Giorgio Tsoukalos' Net Worth and Salary?

Giorgio A. Tsoukalos is a writer, ufologist, and television personality from Switzerland. Giorgio A. Tsoukalos has a net worth of $4 million. A believer in the theory that ancient alien astronauts interacted with early humans, he is best known for his appearances on the television series "Ancient Aliens." Tsoukalos also co-founded the former Legendary Times magazine, which featured articles about ancient astronauts and other related subjects.

Giorgio A. Tsoukalos was born in 1978 in Lucerne, Switzerland. He is of Greek-Austrian ancestry. As a young adult, he went to Ithaca College in Ithaca, New York, from which he graduated with a bachelor's degree in communications in 1998. For many years, he worked as a bodybuilding promoter as well as a volunteer at bodybuilding contests, including Mr. Olympia. From 2001 to 2005, Tsoukalos produced and directed the annual San Francisco Pro Grand Prix, a contest governed by the International Federation of BodyBuilding and Fitness.

Tsoukalos is most widely known for his appearances on the television series "Ancient Aliens," which premiered in 2009 on the History Channel. In addition to serving as consulting producer on several episodes, Tsoukalos has been featured in every episode as a permanent guest.

"Ancient Aliens" was launched as a two-hour documentary special before going on to become a major series through A&E Networks. Narrated by Robert Clotworthy, the show explores various pseudoscientific topics such as human-extraterrestrial contact, psychic phenomena, government conspiracies, and the hypothesis of ancient astronauts visiting the earth. The series is inspired by the works of Zecharia Sitchin, Erich von Däniken, and Graham Hancock, among other authors. Hancock, George Noory, and Robert Bauval are some of the show's frequent guests. "Ancient Aliens" has been the recipient of much criticism due to its presentation of unproven theories as fact. 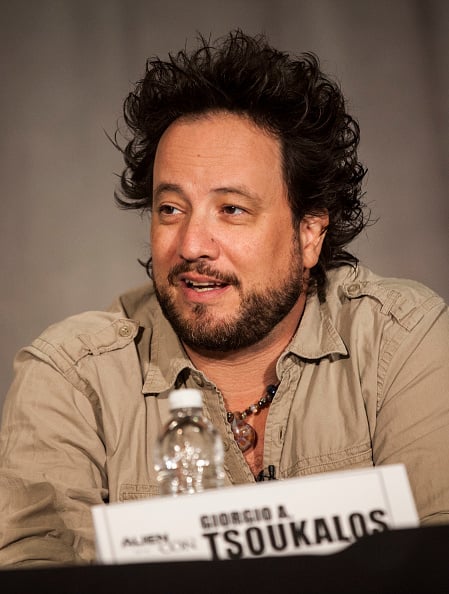 On television, Tsoukalos has appeared on numerous cable channels including the Travel Channel, the History Channel, the National Geographic Channel, and the Sci-Fi Channel. He has also been on "Coast to Coast AM," a late-night radio talk show largely focused on paranormal subject matter and conspiracy theories.

In 2014, Tsoukalos served as the host of the short-lived H2 series "In Search of Aliens." Like "Ancient Aliens," the show was widely derided for its pseudo-scholarship and dangerous promotion of unfounded theories. Later, in 2021, Tsoukalos made an appearance as himself on the Syfy dramedy mystery series "Resident Alien," based on the comic book of the same name.

Beyond the small screen, Tsoukalos was the co-founder and chairman of the Legendary Times magazine, which explored the ancient astronaut theory. It featured articles from such writers as Luc Bürgin, Robert Bauval, Erich von Däniken, Peter Fiebag, and David Hatcher Childress.

Tsoukalos is married to Krix Beeble. Although the details of their relationship remain largely undisclosed, Beeble is known to make and sell handcrafted jewelry pieces and crystal artworks.

A frequent speaker and lecturer, Tsoukalos makes appearances at conventions, workshops, conferences, and seminars around the world. 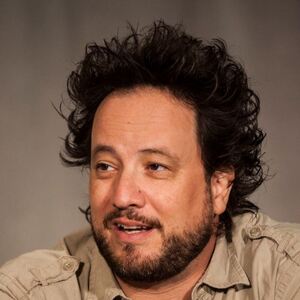