Her first novel Sharp Objects was published in 2006 and revolves around a serial killer and a reporter who returns to her hometown. Her second novel Dark Places was published in 2009. The book has been adapted into a feature film and will be released in the United States in November 2014. Gillian is scheduled to make a cameo appearance in the movie. Her latest novel Gone Girl was published in 2012. Flynn also wrote the script for the film adaptation which was purchased by 20th Century Fox films for $1.5 million. The movie was released in October 2014. Critics have accused Flynn of misogyny for the way her female characters are depicted. Sharp Objects won the CWA New Blood Award and Ian Fleming Steel Daggers Award. In 2014 alone, Gillian Flynn earned $13 million, making her one of the highest paid authors in the world. 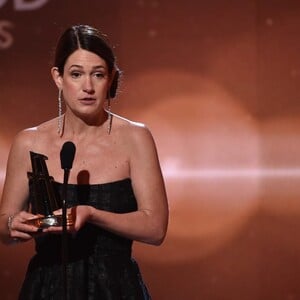