George R.R. Martin Net Worth and Salary: George R.R. Martin is an American author and television producer who has a net worth of $120 million. George R.R. Martin is best known for writing the Sci-Fi/Fantasy novel series A Song of Ice and Fire. Although popular, these books reached an even wider audience when they were adapted into the popular HBO series Game of Thrones. He is considered "America's Tolkien" and one of the most influential people in the world.

Earnings: Between the television show and book sales, Martin earns around $25 million every year. His per-season HBO paycheck per series was $15 million, which means he has earned approximately $200 million in total from Game of Thrones alone, with the potential to earn much more with future spin-offs.

Early Life: George Raymond Martin was born on September 20th of 1948 in New Jersey. At the age of 13, he was given the confirmation name of Richard, making his full name George Raymond Richard Martin. His family was once wealthy, although they lost everything during the Great Depression. Growing up, Martin was not only an avid reader but also wrote stories from a young age. He even sold his stories to other children.

During high school, Martin read countless comic books and became a zealous fan of Marvel comics. To this day, he still cites Stan Lee as one of his greatest literary influences. In 1971, George R.R. Martin graduated from the Medill School of Journalism at Northwestern University with an M.S. in Journalism. Shortly after graduating, he was drafted during the Vietnam War. As a conscientious objector, Martin escaped military service and did alternate service instead.

By the mid-70s, Martin was barely earning enough to survive. Although writing and chess tournaments provided some income for the writer, he needed a more reliable job. After connecting with fellow George Guthridge, Martin taught writing and journalism at Clark University. However, Martin would only teach for about three years before he quit and tried his luck as a full-time writer.

After he and his wife moved to Santa Fe, George R.R. Martin had more time to complete various novels. That being said, he had experienced some success prior to this, especially with the Sci-Fi book Dying of the Light. The popularity of Star Wars in 1977 made books like these much more profitable than before. After hearing a critic say that the Sci-Fi and Horror genres could not be mixed into one novel, Martin set out to disprove him by writing a series of books that did just that. These included Sandkings in 1979 and Nightflyers in 1980. 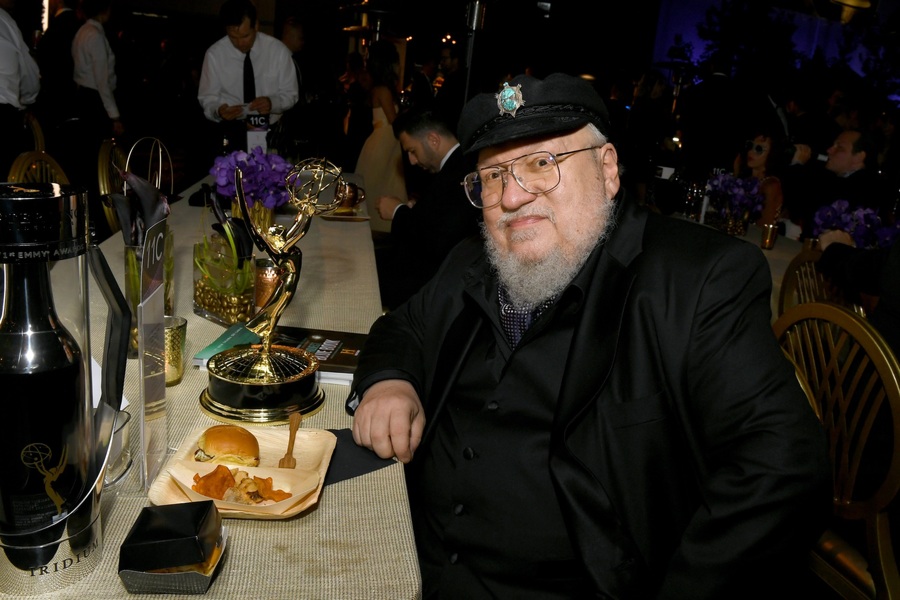 Various ups and downs followed in Martin's writing career. Nightflyers was so successful that a film adaptation was made, boosting Martin's wealth and confidence substantially. He was encouraged to write more, including Fevre Dream, which has been called one of the greatest vampire novels of all time. However, Martin's next book The Armageddon Rag was so poorly received that it briefly destroyed his career and reputation.

With publishers unwilling to work with Martin after his monumental failure, the novelist searched for other options. Eventually, he connected with a producer for The Twilight Zone and started working as a screenwriter for the show. Martin soon discovered that writing for TV was incredibly lucrative, and so he relocated to Los Angeles to pursue a full-fledged career in the entertainment world. Eventually, he was hired as a writer-producer for the 1989 fantasy series Beauty and the Beast.

This was a strange time for Martin, as he became obsessed with role-playing games while working as an editor for a book series called Wild Cards. By the 90s, R.R. Martin had grown tired of the limits placed upon him in the television world, and he returned to writing novels where he could let his imagination run wild. He admired Tolkien's fantasy world and wanted to create something similar. Although he didn't have any specific ideas at first, he chose to base his story on historical events like The War of the Roses and books like Ivanhoe and The Accursed Kings. What eventually emerged in 1996 was A Game of Thrones – the first novel in the series A Song of Ice and Fire.

Although the series gathered momentum gradually, the fourth entry A Feast for Crows eventually reached the number one spot on the New York Times Bestsellers list. George R.R. Martin repeated the feat with the release of A Dance with Dragons in 2011. By this point, A Song of Fire and Ice had become a global phenomenon, cementing Martin's place as one of the most successful and celebrated authors of all time. As of 2020, two more books were yet to be released in the series. George R.R. Martin has refused to focus entirely on A Song of Ice and Fire, preferring to write other books between sequels. For example, Fire & Blood was released in 2018, and this book focuses entirely on House Targaryen.

Television Adaptations: Having purchased the rights earlier, HBO began production on a TV adaptation of A Song of Fire and Ice in 2011. Although Martin was preoccupied with writing at the time, he nevertheless participated in the production of the first season. This first season went on to win numerous awards and accolades. The series continued for a total of 8 seasons, ending in 2019. Over the course of these seasons, George R.R. Martin would play an increasingly substantial role in their production. In 2016, it was announced that a prequel spinoff was in the works.

Personal Life: Although Martin was once in a relationship with fellow Sci-Fi writer Lisa Tuttle, he eventually married Gale Burnick in 1975. They would divorce in 1979. In 2011, Martin wed Parris McBride after a long relationship. They currently reside in Santa Fe.

George R.R. Martin is very involved in philanthropy, especially with the Wild Spirit Wolf Sanctuary in New Mexico. He launched a campaign to raise money for this animal sanctuary, succeeding in donating more than $500,000. 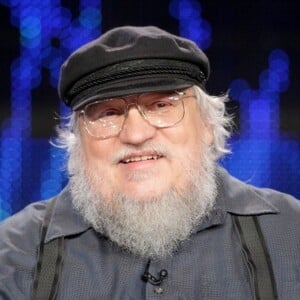