Gene Siskel net worth: Gene Siskel was an American film critic and journalist who had a net worth of $5 million. Gene Siskel was born in Chicago, Illinois in January 1946 and passed away in February 1999. Siskel was best known for being part of the movie review duo Siskel & Ebert with Roger Ebert.

Siskel graduated from Yale University and studied under Pulitzer Prize winning author John Hersey. Hersey helped Siskel get a job working at the Chicago Tribute in 1969. He worked as a film critic for the paper before meeting Chicago Sun-Times film reviewer Robert Ebert in 1975 and co-hosting a show on the local PBS station known as Sneak Previews. Siskel and Ebert developed their "thumbs-up, thumbs-down" rating system and Sneak Previews was broadcast nationwide in 1977 on PBS. They left PBS for syndication and hosted the show At the Movies which was distributed by Tribune Broadcasting and later The Walt Disney Company. The title was changed to Siskel & Ebert & the Movies, but later changed to just Siskel & Ebert. Siskel also served as a correspondent for the TV series CBS This Morning from 1990 to 1996 and then Good Morning America from 1996 to 1999. As a duo Siskel & Ebert were nominated for seven Primetime Emmy Award and three Daytime Emmy Awards. Gene Siskel passed away on February 20, 1999 at the age of 53 from complications due to surgery related to a cancerous brain tumor. 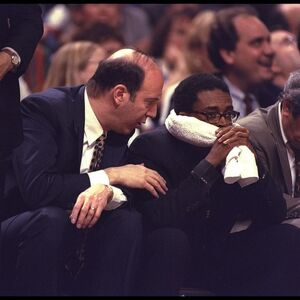