What Is Gary Larson's Net Worth?

Gary Larson is an American cartoonist who has a net worth of $70 million. Larson is best known as the creator of the single-panel comic "The Far Side," which ran from late 1979 to early 1995 and appeared in over 1,900 daily newspapers. Gary's work was also featured in multiple anthologies as well as on greeting cards, calendars, and t-shirts, and it even spawned the animated specials "Tales from the Far Side" (1994) and "Tales from the Far Side II" (1997). Larson retired in 1995, and in 1998, he published the illustrated "New York Times" bestseller "There's a Hair in My Dirt!: A Worm's Story." In September 2019, "The Far Side" website announced a "new online era" of the comic, and in July 2020, Gary began releasing new cartoons. Larson has released 23 books of collected "Far Side" comics, and they have sold more than 45 million copies.

Gary Larson was born on August 14, 1950, in Tacoma, Washington. His mother, Doris, worked as a secretary, and his father, Verner, was a car salesman. Gary attended Curtis Senior High School, and after graduation, he earned a communications degree from Washington State University. He returned to WSU to deliver the commencement address at 1990's graduation ceremony. Larson told "USA Today" in 2006 that he's from a family with a "morbid sense of humor" and that his older brother Dan often "scared the hell out of [him]" and played pranks on him. Dan also inspired Gary's love of science, and the brothers used to build terrariums in their parents' basement for animals they caught in Puget Sound. They built a miniature desert ecosystem in the family home as well.

In the 1989 anthology "The Prehistory of The Far Side: A 10th Anniversary Exhibit," Larson said that he used to work at a music store, and when he took a few days off because he hated his job, he started drawing cartoons. In 1976, he submitted six of his cartoons to "Pacific Search" magazine, which paid $90 for them, and after submitting to "The Seattle Times" in 1979, the newspaper began publishing his work every week under the title "Nature's Way." Gary decided to sell "Nature's Way" to another newspaper to raise his income, and after pitching to the "San Francisco Chronicle" while on vacation, the publication accepted the strip for syndication and renamed it "The Far Side." The comic made its debut in the "Chronicle" on January 1, 1980, and "The Seattle Times" stopped publishing it a week later, saying that they were getting too many complaints about it. "The Far Side" ran until January 1, 1995, when Larson retired, and it appeared in nearly 2,000 daily newspapers and was translated into more than 15 languages. 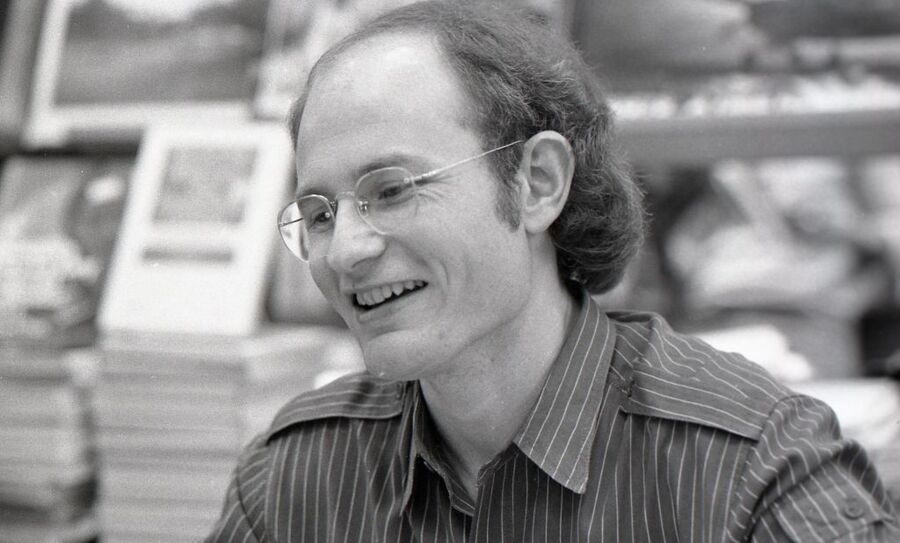 One of Gary's most well-known comics featured two chimps grooming each other, and when the female discovers a blonde hair on the male, she asks, "Conducting a little more 'research' with that Jane Goodall tramp?" The Jane Goodall Institute objected to the cartoon and had their lawyers send Larson a letter calling the comic an "atrocity," but when Jane Goodall returned from Africa and saw the cartoon, she was amused by it. Goodall stated, "It all helps to put us humans in our place, and we desperately need putting in our place." Jane wrote a preface for 1995's "The Far Side Gallery 5" in which she wrote about the controversy. After retiring at the age of 44 in order to avoid entering the "Graveyard of Mediocre Cartoons," Gary did occasional magazine illustrations, and he drew a November 2003 cover for "The New Yorker." In 2010, he voiced himself in "The Simpsons" episode "Once Upon a Time in Springfield." Some of Larson's work was showcased at the Smithsonian Institution's National Museum of Natural History in 1987, and the exhibit later traveled to cities such as Los Angeles, New York City, Chicago, and Toronto. The California Academy of Science had a Far Side gallery that featured a gigantic microscope that visitors could stand underneath. When they looked through the lens, they would see a huge blinking eyeball, a reference to one of Gary's comics.

Gary married anthropologist Toni Carmichael in 1987, and she began acting as his manager early in his career. Larson has played jazz guitar since he was a teenager, and he took lessons from well-known jazz guitarists Herb Ellis and Remo Palmier. Gary designed the cover for Ellis' 1988 album "Doggin' Around" in exchange for guitar lessons. Larson considers himself an environmentalist, and in a 2006 interview with "USA Today," he said that protecting wildlife is "at the top of [his] list." The interview also mentioned that the proceeds from the calendars Gary released that year were going to the environmental organization Conservation International. Before finding success as a cartoonist, Larson worked as a cruelty investigator for the Humane Society.

In 1985 and 1988, Larson won the National Cartoonists Society's Newspaper Panel Cartoon Award. The National Cartoonists Society honored him with the Reuben Award in 1990 and 1994, and they recognized him for individual strips several times. In 1989, Dale H. Clayton, the head of the University of Chicago's Committee of Evolutionary Biology, named a newly-discovered species of insect the Strigiphilus garylarsoni after Gary. Larson later stated, "I considered this an extreme honor. Besides, I knew no one was going to write and ask to name a new species of swan after me. You have to grab these opportunities when they come along." Gary included a magnified image of the insect in "The Prehistory of The Far Side: A 10th Anniversary Exhibit." The Ecuadorian rainforest butterfly Serratoterga larsoni was also named after him. In 2020, "The Far Side" won a Webby People's Voice Award in the Web category. 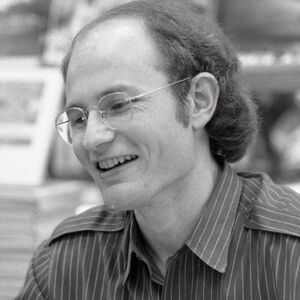