How much is Gary Janetti Worth?

Gary Janetti net worth and salary: Gary Janetti is an American director and producer who has a net worth of $10 million. Gary Janetti was born born in Queens, New York. Janetti is a writer and producer with a number of popular shows to his credit. He has written for such shows as "The Naked Truth", "Bette", "Loomis", "Style and Substance", "Family Guy", and "Will and Grace", and has served as producer for "Will & Grace", "Family Guy", and the television movie "Loomis". He is the boyfriend of Brad Goreski, who was an original cast member of "The Rachel Zoe Project" and now has his own show, "It's a Brad, Brad World", about his burgeoning celebrity stylist business. Mr. Janetti lives with Mr. Gorecki in Los Angeles, where he continues to develop new projects. He has won a DVDX Award, and has been nominated for three Emmys for Outstanding Comedy Series for "Will and Grace" and one Emmy for Outstanding Animated Program for "Family Guy". Gary has been romantically linked to TV personality Brad Goreski for several years and in 2017 they bought a $5.6 million mansion in Beverly Hills together. 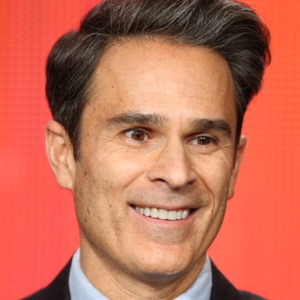