In 1975, Garry Trudeau became the first comic strip artist to win a Pulitzer, which is traditionally awarded only to editorial-page cartoonists. He was nominated for an Oscar in 1977 in the category of Animated Short Film, for his work on A Doonesbury Special, and went on to win the Cannes Film Festival Jury Special Prize in 1978 for the film. More recently, Garry Trudeau wrote a political sitcom called, Alpha House that stars John Goodman and Bill Murray. The pilot for the show was produced by Amazon Studios and aired in early 2013. It was very well received and Amazon has picked up Alpha House to develop into a full series in the coming year. Born in New York City on July 21, 1948, he is the great-grandson of Dr. Edward Livingston Trudeau, the man who created Adirondack Cottage Sanitarium for the treatment of pulmonary tuberculosis. He was raised in Saranac Lake, and attended St. Paul's School in Concord, New Hampshire. In 1966, he enrolled in Yale University and became a member of Scroll and Key. As a Yale undergraduate, Trudeau was the editor-in-chief of "The Yale Record," the nation's oldest college humor magazine. In 1973, he went on to do postgraduate work at the Yale School of Art, and earned a Master of Fine Arts in graphic design.

In 1980, Trudeau married journalist, Jane Pauley, and the couple live in New York City with their three children. Trudeau maintains a low personal profile, and makes only a handful of public appearances each year. 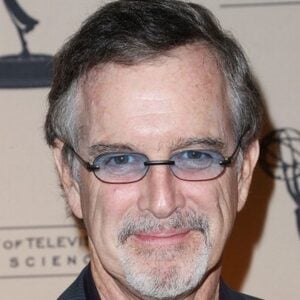