He is considered to have been one of the most significant authors from the 20th century. In 1972 Gabo was awarded the Neustadt International Prize for Literature. He was awarded the Nobel Prize in Literature in 1982. He attended law school but dropped out to pursue his journalism career. His best known novels include One Hundred Years of Solitude, The Autumn of the Patriarch, and Love in the Time of Cholera. Gabo popularized magic realism, a literary style using magical elements in ordinary situations. He often explored solitude as a theme, and many of his works took place in the fictional village Maconda, which was inspired by his place of birth. Gabo married Mercedes Barcha in 1958 and the couple had two sons together. Gabriel Garcia Marquez passed away on April 17, 2014 at the age of 87 from pneumonia. After he passed away the President of Colombia Juan Manuel Santos called Marquez "the greatest Colombian who ever lived". 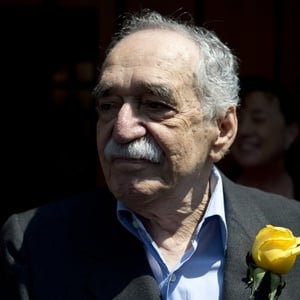