Frank Ski net worth: Frank Ski is an American DJ, journalist, and radio personality who has a net worth of $5 million. Frank Ski was born in Harlem, New York in May 1964. In the 1990s he was a house music artist under the name Doo Doo Brown. He co-hosted the Frank and Wanda Morning Show with Wanda Smith on WVEE in Atlanta, Georgia from 1998 to 2012.

Reverend Jesse Jackson gave Ski the title of Journalist of the Year by the Rainbow Push Coalition in 2002. Frank Ski helped raise money for victims of Hurricane Katrina to the tune of $500 thousand. He hosts the International Civil Rights Walk of Fame. Frank Ski has also worked as a radio personality and record producer in Baltimore. He has also received the Achievement in Radio Award from the Georgia March of Dimes, a Distinguished Community Service Award from the National Urban League, a Community Service Award from the Ludacris Foundation, and more. He created the Frank Ski Kids Foundation in 2000 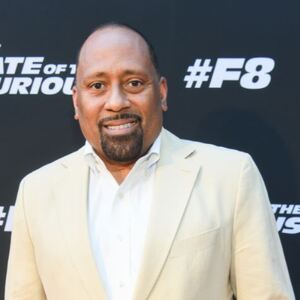